The explosion of a Trent 900 engine on a Qantas A380 late last year is expected to affect Roll-Royce upcoming results announcement, with analyst estimates putting the compensation bill at GBP50 million or higher. The failure forced Qantas to ground its A380 fleet temporarily and left Airbus scrabbling to install upgraded engines, affecting its A380 deliveries last year.

Also clouding Rolls’ outlook is the uncertainty over the pace of the B787 programme and aircraft deliveries. Now set for initial service from 3Q2010, Rolls-Royce is due to supply more than 400 Trent 1000 engines for the aircraft, including those for launch customer All Nippon Airways. Boeing has not set a firm target for B787 deliveries for 2011. Engine supply had been a concern for Rolls-Royce and Boeing, with Trent 1000 deliveries lagging behind the needs of the test programme and a Aug-2010 test-stand failure of an earlier "Package A" engine.

Shares in Rolls-Royce were up 0.2% in trading yesterday. Fellow engine manufacturer MTU Aero Engines dropped 0.7%, while Safran was down 1.1%. 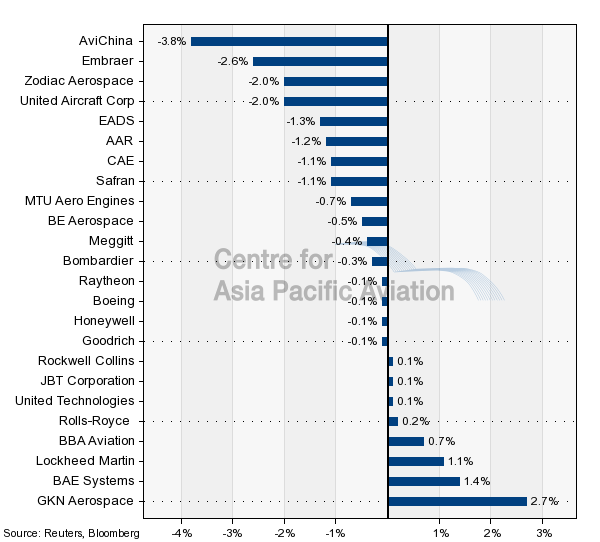