Rolls-Royce is maintaining its outlook for 2011, despite the uncertainty from the Middle East, the Japanese earthquake disaster and volatile oil prices potentially stunting growth in the commercial airliner engine market. According to CEO John Rishton, the company expects profit to be driven by strong demand in developing economies, offsetting more subdued growth in mature markets.

The company has warned that the economic recovery remains fragile and markets are still volatile. Despite this Rolls-Royce expects revenue and operating profit to be better in 2011 than the previous year. Shares in Rolls-Royce were 1.6% higher, as most aerospace companies finished last week stronger.

Mr Rishton has also moved to salve investor questions over its narrowbody engine programme. Roll-Royce’s decision not to develop a new commercial engine for the A320neo reflects its opinion that airlines would prefer all-new aircraft rather than existing airframes with newer engines. The company believes there is “not a strong business case” for it taking part in the A320neo programme. Pratt & Whitney has secured more than 1300 orders and commitments for its PurePower PW1000G engine family, most of which are to power A320neo orders.

Rolls-Royce has “certainly not abdicated” from the narrowbody aircraft engine market, said Mr Rishton. The company is taking a long view towards developing engines for all-new narrowbody aircraft from Airbus and Boeing and its development horizon is more in line with Boeing’s concept of a B737 replacement in the 2019/20 timeframe.

Outside of the high volume narrowbody, the remarkable sales success of the next generation of long-range widebody twinjets is expected to drive performance at Rolls-Royce for the next 10 years. Boeing has 835 firm orders for the B787, while Airbus has 571 orders for the A350, which is currently set to be exclusively powered by Rolls-Royce engines.

Roll-Royce remains confident that it can double sales within 10 years through organic growth alone. A joint takeover bid by Rolls-Royce and Daimler for German enginemaker Tognum was rejected in Apr-2011. 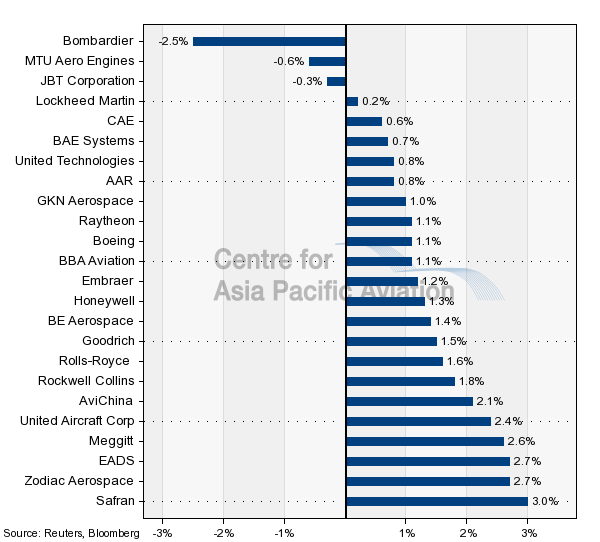