Work will commence in Aug-2011 on nine B747-400s at Qantas Engineering’s Avalon facility, while the A380 work will be conducted at Lufthansa Technik's facility in Manila. Qantas' shares snapped a losing streak yesterday, gaining 0.5%.

Meanwhile, Air New Zealand CEO Rob Fyfe stated the carrier “won’t make money” in the six months to 30-Jun-2011, but services will be full during the Rugby World Cup. The carrier has been affected by the earthquakes in Christchurch and Japan and the floods in Queensland. Mr Fyfe stated the period from Jan-2011 to Jun-2011 was the toughest he had experienced in his six years as CEO. The airline's shares fell 1.9% yesterday. 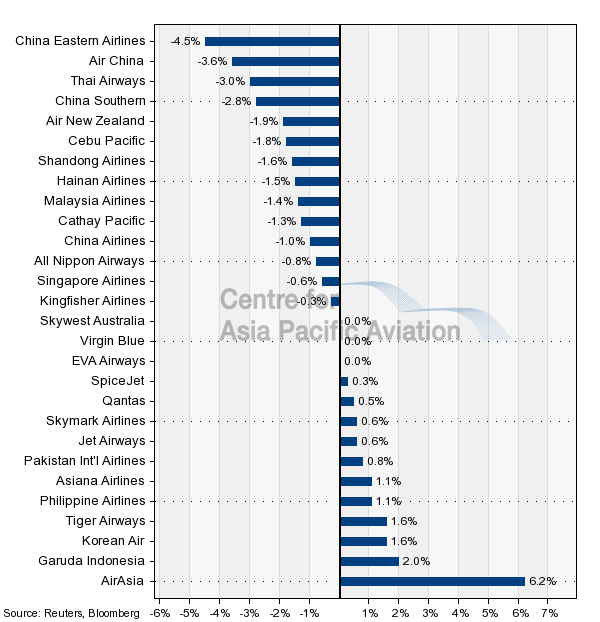