Qantas reported a 1HFY2011 net profit of USD241.6 million and an underlying profit of USD453.1 million. Shares in the carrier ended trading on Wednesday flat, but were up 4.2% in trading to noon today.

The airline gave a positive view of upcoming operating conditions in contrast to recent slightly downbeat projections from Singapore Airlines and Cathay Pacific. Qantas group plans to increase capacity by 11% during the first six months of 2011.

According to Qantas CEO Allan Joyce, “the general operating environment continues to improve”. Forward bookings point to higher yields in the second half of FY2011, although fuel costs will be significantly higher and part of the enhanced yields will derive from the recently re-imposed fuel surcharges. 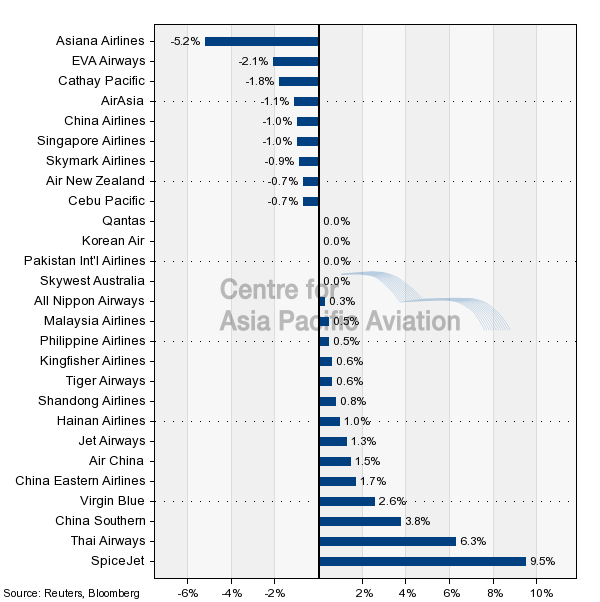