Possible extra delay for the B787, as Boeing raises 20-year outlook

Boeing’s release of its 20-year Current Market Outlook has been overshadowed by a caution from the manufacturer that the delivery of initial B787s to launch customer All Nippon Airways could could slip into early 2011, rather than late 4Q2010. The company told the BBC that deliveries "could flip into next year".

Boeing’s General Manager of the 787 Dreamliner Program, Scott Fancher, cited the need to change instruments on the test aircraft and additional inspection work for the possible additional delay.

The aircraft will make its first appearance at an international airshow at Farnborough next week.

Ahead of the air show, Boeing has released the 46th edition of its 20-year Current Market Outlook (CMO) forecast for the period 2010-2029.

The manufacturer forecasts a USD3.6 trillion market for new commercial aircraft over the next 20 years, as world economies rebound and strong demand for new and replacement aircraft spurs growth. Boeing foresees a market for 30,900 new commercial passenger and freighter aircraft by 2029.

Boeing Commercial Airplanes VP Marketing, Randy Tinseth, stated: “The world market is doing much better than last year, but there are still challenges. Looking at 2010, we see a world economy that continues to recover. We expect the world economy to grow above the long-term trend this year. As a result, both passenger and cargo travel will grow this year. Airline revenue and yields are up, but fuel prices remain volatile."

Passenger traffic is expected to grow at 5.3% p/a over the long-term, driven by economic growth from regions with diverse airplane needs. The single-aisle airplane segment will continue to dominate growth worldwide due to the proliferation of low-cost carriers, emerging markets such as India, China and Southeast Asia, and continuing instability of fuel prices. The single-aisle segment has outpaced long-haul markets over the last decade and "will continue to trend upward as older fleets are retired", according to Boeing.

Mr Tinseth added: "Today, about one-third of all airline traffic touches the Asia Pacific region, and as a result of the growth in this market, by 2029 almost 43% of all traffic will be to, from, or within the region.” The airlines of the Asia Pacific region also will be the largest buyer of twin-aisle aircraft, accounting for about 40% of the total demand. 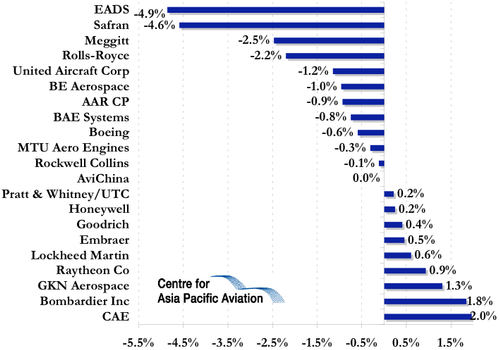