Phoenix is a US large city that has shown spectacular growth in the past half century. In 1960, it had a population of 726,000, a number that by the 2011 census had grown to more than 4 million. It has displayed double-digit growth in every census year and in the 1990s trailed only Las Vegas in expansion.

Unfortunately, like Las Vegas, that made the region overly susceptible to the effects of the economic downturn and its overheated, and now collapsed, real estate market continues to drag on local efforts at recovery.

Another similarity to its neighbour to the north is its role as a conference and meetings centre, especially when much of the nation shivers. A slow recovery has meant that these discretionary corporate expenditures remain curtailed.

As a result of the recession, and with its real estate market in dire straits, Phoenix Sky Harbor International Airport, which ranked 17th in 2000 with 33.5 million passengers is now in 24th position with 38.5 million in 2010.

In terms of service, the airport has also experienced considerable change. In 1981, America West established itself with Phoenix as its hub, a position held until 2005 when the airline was merged with US Airways. Southwest arrived in 1982.

While US Airways remains based in Tempe near Phoenix, its presence at the airport has been somewhat reduced and, unlike Philadelphia and Charlotte, the airline’s international reach from PHX is limited to Canada and Mexico. The only intercontinental service to the airport is a BA 747 that operates 6 times weekly to LHR.

Given its warm, sunny climate during the winter months, the airport also has a considerable number of seasonal operations from places where the snow flies. 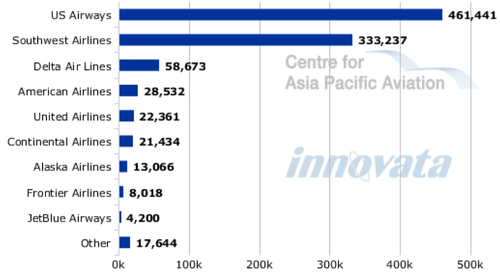 As the chart shows, the airport is dominated by its two top carriers, which jointly provide 82% (US 47.6%, WN 34.4%) of the weekly seats. The fact that US, UA and CO are all Star members makes that alliance the dominant player but the strong showing by Southwest creates, for a major US airport, a very sizeable non-aligned contingent. 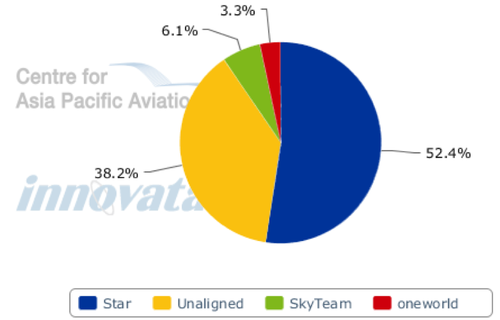 The airport also has a large portion of its seats provided by low-cost players, which limits the fares offered by the majors as well. 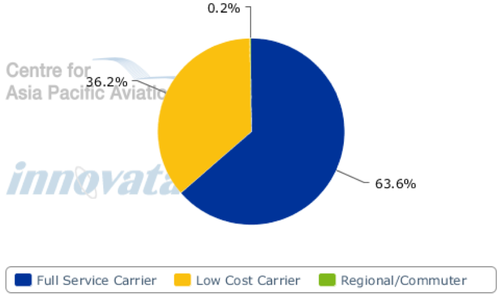 Additionally, the airport has very few international seats available and many of those are operated with commuter aircraft on cross-border flights. The airport has no widebody service except for the BA 747. 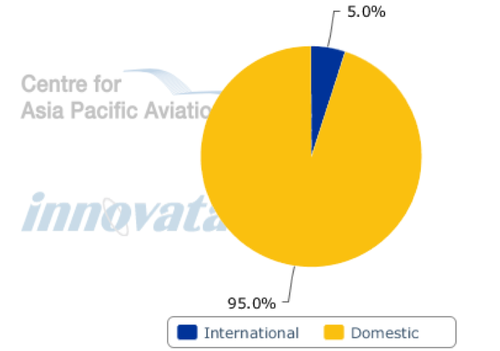 And, as has already been noted, virtually all of those international seats are allocated to cross-border flights to Canada and Mexico.

Phoenix has one of the largest Hispanic populations in the US which bodes well for increased ties with Mexico and Central America. Unfortunately, much of that traffic is VFR and therefore low yield. The other major demographic group, retirees, is also a price-sensitive bunch who also seek deals.

The traffic is coming back and the hard times will eventually end, but the long-term outlook means that Phoenix may drop further in the rankings as others grow.