Philippines Department of Justice announced a review of antitrust cases filed against Philippine International Air Terminals (PIATCo) and Fraport for the construction of Terminal 3 at Ninoy Aquino International Airport and violations of unfair competition and monopoly regulations. Fraport shares were 4% higher on Wednesday.

The private complainant decided to withdraw from the antitrust case he filed against the companies.

Airports of Thailand reported that traffic movements reportedly increased by double-digit levels between 01-Apr-2011 and 17-Apr-2011. AoT shares were up 3.4% on Tuesday. 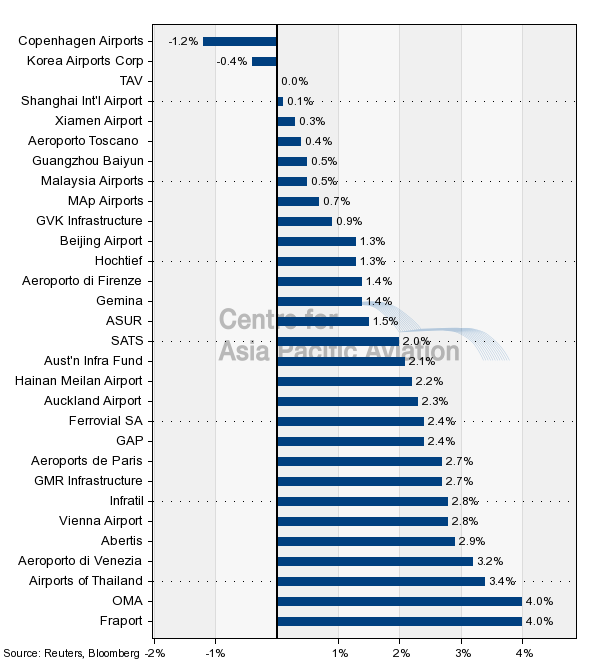