Oil prices continued to see-saw this week, as better manufacturing data from China and higher oil demand in Asia offset more signs that the US economic recovery is faltering. At the end of Aug-2010, US Federal Reserve Chairman, Ben Bernanke, attempted to sooth concerns about the pace of US growth, after the US government reported 2Q2010 GDP expanded by just 1.6%.

Mr Bernanke confirmed that the Federal Reserve would continue to take steps to boost growth, including “unconventional” measures, and that there are still prospects for a pick-up in growth in 2011.

Oil prices hit an eight-week low of USD71.24 per barrel before recovering through the week and then dropping back below USD72 per barrel again.

US crude oil inventories continue to rise well above market expectations. However, gasoline consumption is increasing, a positive economic sign. Distillate stocks are also declining, contrary to analysts expectations. US refinery capacity has eased slightly, down to 87%, a fall of 0.7 percentage points.

Saudi Arabia estimates that peak oil production will not be reached until around 2020, a figure that is something of a moving target, as alternative technologies and biofuels become increasingly viable. However, a study produced by a German research group on behalf of the Bundeswher, and leaked earlier this week, estimates that peak oil could occur as early as the end of the year. The report also posits a scenario following peak oil of a reduction of free market mechanisms in oil trade and a rise in more exclusive bilateral exchange deals, renewed protectionism and political alliances between oil suppliers and their major customers. 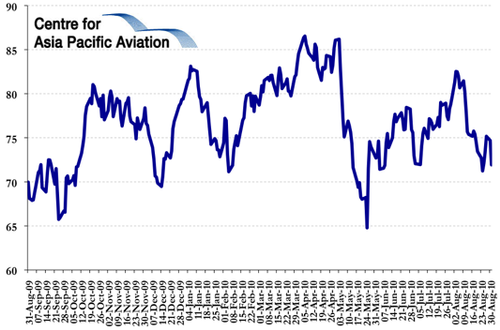 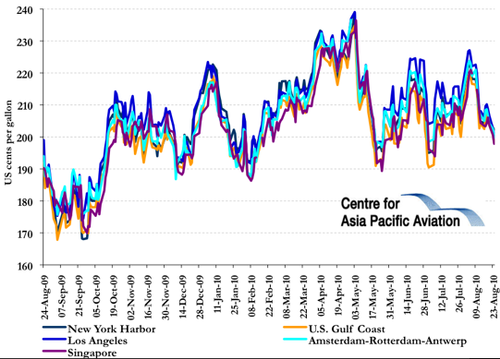