Oil falls back below USD75; oil and stock prices moving in tandem

Oil prices fell below USD75/barrel this week, with the price of crude falling to its lowest level in five weeks, as equities fell and the US Energy Department reported that total US inventories of crude oil and petroleum products have climbed to their highest levels in 27 years, passing 1.13 billion barrels.

Oil futures prices, meanwhile, remain buoyant and well above the levels at which they were trading in Jul-2009, the last time stockpiles were at record amounts. This discrepancy between US inventory levels and oil prices underscores the growing role played by equities in dictating crude's direction.

The slump on Wednesday followed the first rise in five trading sessions on Tuesday as stock prices gained with better economic news – the US Government reported that wholesale prices increased last month for the first time since Mar-2010 and industry production levels in Jul-2010 exceeded economist expectations – easing concerns about the recovery.

Oil and stock prices have moved almost in tandem in recent weeks as commodities investors look to the stock market for signs of where the economy is headed. After trading above USD82 a barrel last week, crude has retreated back between USD70 and USD80, pulled down by concerns about the broader economy. 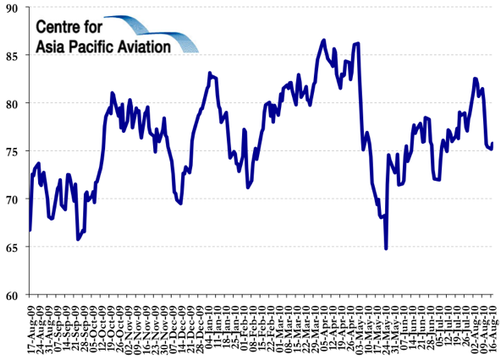 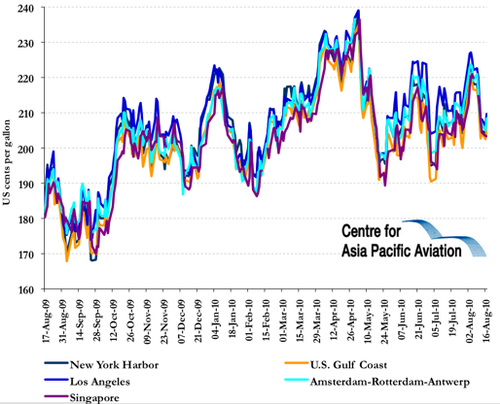