New Beijing airport to be built in Daxing District

Municipal government officials in Daxing District announced it has been selected as the site for the new Beijing airport, the city's third major airport. The city is served by the small joint-use Beijing Nanyun airport and the much larger Beijing Capital International Airport (BCIA), China's busiest airport. In Feb-2011, traffic at BCIA was up 14% year-on-year, to 6.18 million.

Airports of Thailand announced it has resurrected plans to construct a private jet terminal at Chiang Mai International Airport, along with a similar but larger facility at Phuket International Airport. Both sites will be financed, constructed and operated by private companies under 15-year concessions from AoT. The terminals could begin operating by 3Q2012. 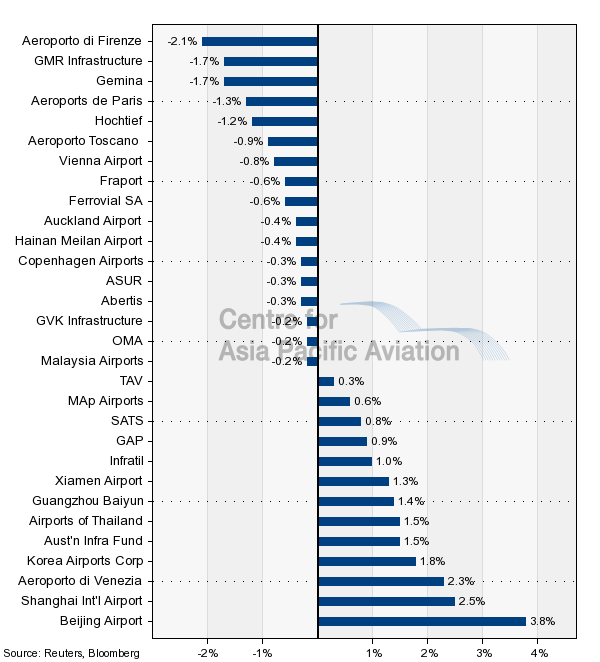