Moving on up; Dubai’s run to the top, as Hong Kong and Bangkok fall from grace 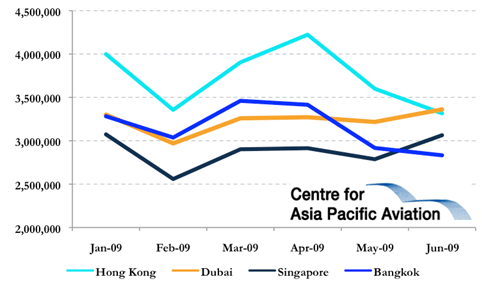 For the first six months of the year, Hong Kong was still the largest of the group under review, handling 22.4 million passengers. Dubai handled 19.4 million, ahead of Bangkok’s 18.9 million and Singapore’s 17.3 million.

While the Asia Pacific airports continue to shrink, as home carriers scale back capacity to deal with plummeting passenger numbers, Dubai continues to go from strength to strength, with just one month of falling passenger traffic this year and double-digit growth in Jun-2009. The Middle East aviation market (and the new generation sixth freedom models employed by the region's major airlines) has proved highly resilient to the downturn. 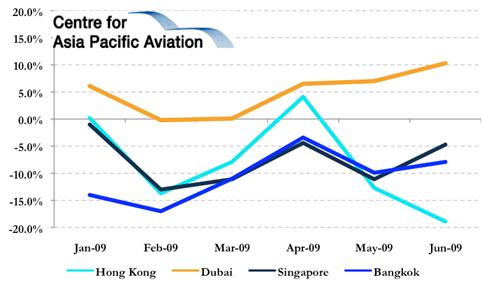 If the first half trends continue through 2H2009, then Dubai would handle around 39.3 million passengers for the full year, not too far short of Hong Kong. (Note, this is not a forecast). A more buoyant Chinese economy could be Hong Kong’s saviour, however, even if cross-Strait flight enhancements continue to draw traffic away from the SAR airport. 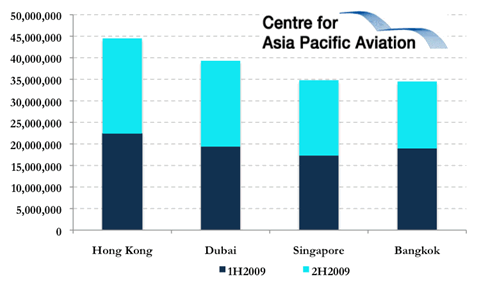 NB: Projections based on first half performance. Not a forecast
Source: Centre for Asia Pacific Aviation