Dutch aviation lessor AerCap slipped 3.7% in trading on Friday, with most other lessors also losing ground at the end of last week.

Renewed competition and aircraft ordering from the leasing sector is expected through the year. ILFC announced plans this week to open a new office in Amsterdam, while AerCap opened a new Abu Dhabi office in Dec-2010, following a move by Abu Dhabi-based Waha Capital to acquire a 20% stake in the company in Oct-2010. Major aircraft acquisitions are reportedly in the pipeline from ILFC and Air Lease Corp, with continued order interest from other players such as Avolon Leasing Group. CIT Group has already confirmed an order for 38 B737NG aircraft this year. 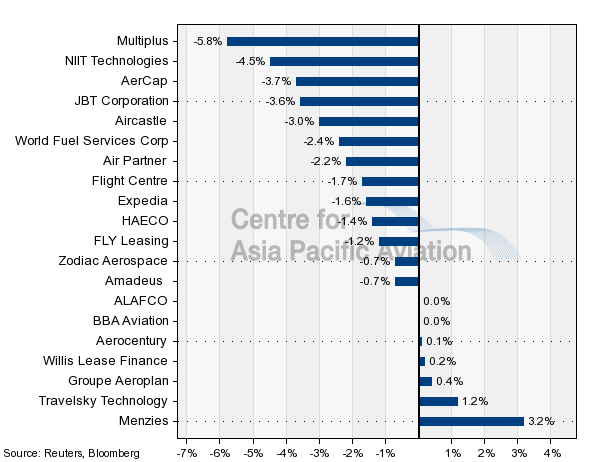