The filing reveals airline operations make between USD61 million and USD72.6 million monthly for a total of USD337.1 million in revenues year to date to 31-May-2010. Expenses for the five months totalled USD330.8 million. Operating income for the five months ranged from a loss of USD341,000 in May to USD2.1 million in January. It listed total operating income of USD6.3 million.

Mesa has spent USD11.5 million in re-organisation expenses since its January filing, burning through between USD691,000 to USD2.590 million monthly. Its executive compensation for the 17 executives listed in the filing was approximately USD200,000 per month with CEO Jonathan Ornstein the top earner at about 37,000 monthly.

US yields continue to rise

In other US airline news, double-digit year-on-year increases in yields have become somewhat common in 2010 and May was no exception, according to yield data released yesterday by the US Air Transport Association (ATA).

May numbers followed those in previous months, with domestic yields rising 14.1% to USD 14.56 cents per RPM, while Atlantic rose 28.3% to 12.65 cents per RPM. Pacific jumped by 25.2% to 12.82 cents while Latin rose 10.9% to 12.02 cents. The change represents a relief to air carriers who were experiencing equally dramatic declines in yield this time last year.

The solid yield figures were not enough to provide a lift to airline stocks. In trading yesterday, North American carriers were down across the board (with the exception of Jazz Air Income Fund, +1.0%). Falls were led by Air Canada (-4.7%), US Airways and JetBlue (-4.2%). 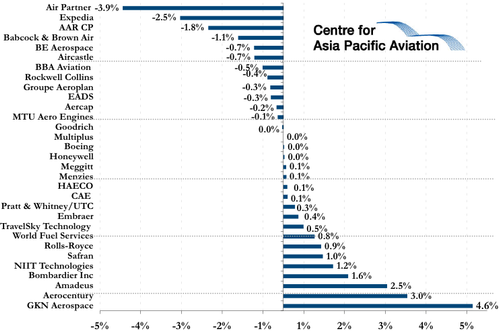