The US Air Transport Association reports domestic US yields fell just 4.6% in Nov-2009 – the first single digit decline since Feb-2009 and a marked improvement from the 12.5% fall in Oct-2009. The improving trend reflects rising Business travel demand as the US economy picks up.

Overnight, The Conference Board reported the US Leading Economic Index (which rose 0.9% in Nov-2009) has been on an “uptrend for more than half a year”, with improving financial conditions, labour market indicators and housing permits pushing recent gains. On balance, the indicators point to a “bright new year”, with The Conference Board adding, “we can expect a slowly improving economy through 2010".

This is good news for airlines, which have suffered from a weak pricing environment for more than a year. Domestic yields were down as much as 18.9% year-on-year in Jun-2009. 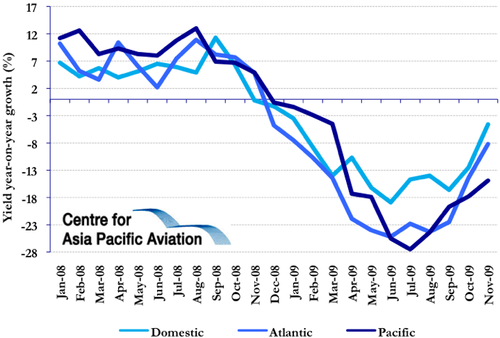 On a 12-month rolling average, yields are showing signs of bottoming, but the depth of the falls will take a long time to recover. 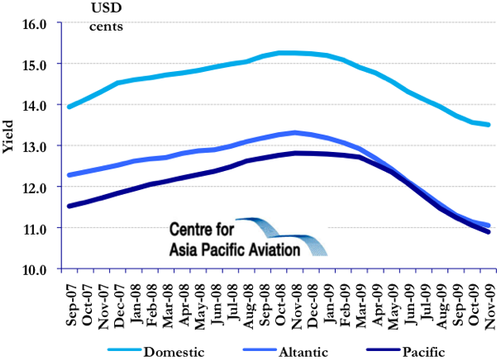