The Lufthansa Group reported "strong year-on-year sales growth in January", despite extreme winter and unrest in the Middle East/Africa. The airline added that demand and pricing remained "robust in January, with the known distinction between short-haul and long-haul traffic".

The group stated the replacement of smaller aircraft with larger ones continues as part of the fleet rollover, "further optimising unit costs on short-haul routes". Load factors in the intercontinental regions were slightly down on the same month last year, however load factor in the Europe traffic region improved, despite considerable additional capacity.

Lufthansa Passenger Airlines increased its sales sharply in all regions, while SWISS reported a double-digit increase in capacity and traffic in Jan-2011. By contrast, Austrian Airlines only made marginal additions to capacity and traffic declined slightly while the focus at bmi "remains on restructuring, so capacity and sales were both well down on last year".

Lufthansa Cargo was able to increase capacity and sales substantially by more than 20% in a positive pricing environment. 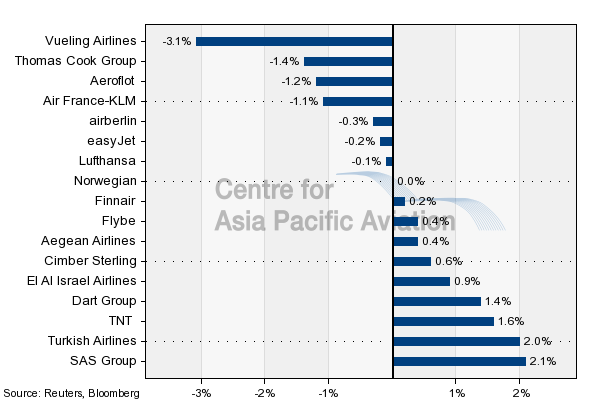