However, group load factor for the month fell 0.7 ppts, to 83.2%. Breakdown is as follows:

Finnair (+1.5%) also gained after the carrier and Finncomm Oy announced a preliminary agreement, firstly for the purchase of a 20% minority interest in Finnish Commuter Airlines Oy (FCA) and, secondly, on the acquisition of the entire share stock of the companies that own the Finncomm Group's 12 ATR aircraft. The purchase price for the aircraft companies is a preliminary EUR38 million, including debt. The purchase price of 20% of FCA is a preliminary EUR10 million, including debt, which takes into account the possibility of increasing ownership in FCA at a later date. Negotiations between the parties on the detailed conditions of the transaction are underway.

Finnair and Finncomm Airlines also entered into a commercial codeshare agreement on cooperation for winter services. Finncomm will operate the Turku, Tampere and Tallinn services, as it has to date, and will also commence a new 42 times weekly service on the Jyväskylä route. Also on the Joensuu, Kuopio and Vaasa routes, Finncomm will operate some of the codeshare services. In addition, cooperation will cover the Norrköping route. The new commercial agreement replaces the previously announced agreement between Finnair and flybe on the arrangement of feeder traffic. Negotiations on cooperation with flybe for other traffic will continue. 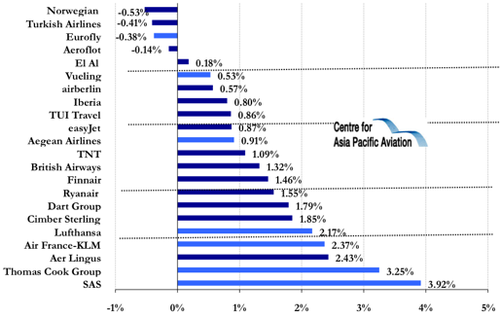