Air France-KLM Group (shares flat yesterday) reportedly cancelled “slightly less than 10%” of its scheduled medium-haul flights over the 27/28-Feb-2010 weekend, due to a pilots' strike, according to a Bloomberg report.

Ascend’s Chief Economist, Peter Morris, meanwhile stated “a business travel recovery - if only a weak one - is in the air, as both budgets and the number of business flights look set to increase over the next 12 months”. He added, “not surprisingly, the sentiment in North America is more positive overall than in Europe, reflecting trends in the wider economies of those regions”.

More use of travel agencies: 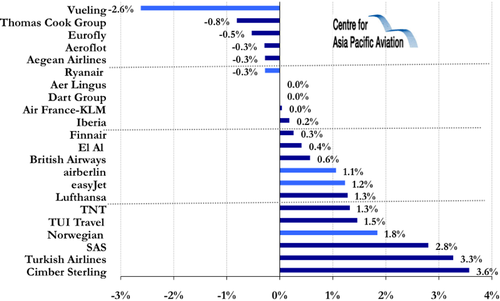