The share price of Lonrho, parent of Fly540 Aviation, slumped 11.1% on Monday (17-May-2010) - on the same day of an incident involving one of its aircraft. The aircraft's tail was hit by a Kenya Airways B737-700 during line-up for take-off at Jomo Kenyatta International Airport (JKIA) at 9:30 am local time on Monday. The incident has been reported to the Kenya Civil Aviation Authority (KCAA) for investigation. 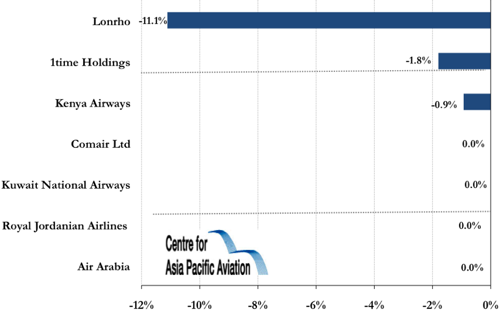