France’s stop-start airport privatisation programme, which has been influenced by political, economic and financial events and has seen the first deal, Toulouse Airport, being put back to the market again, is starting to pick up again after a couple of years in abeyance.

Ironically, the potential buyer of CASIL Europe’s stake at Toulouse is Eiffage, which has just won, in a joint venture, the concession on Lille Lesquin Airport.

Rather than Marseille or Bordeaux airports, which were expected to be next, the programme has restarted with Lille Airport, a smaller airport but one that could benefit from the experience this joint venture between Eiffage and Marseille Airport would bring.

It also acts as a pointer towards how the privatisation of larger airports like Marseille and Bordeaux might progress.

Eiffage is a latecomer to the business of airports

The French company Eiffage has announced that its joint venture with Marseille Provence Airport has been selected by the Syndicat mixte des aérodromes de Lille-Lesquin and Merville (SMALIM) for the concession of Lille-Lesquin Airport.

Eiffage will act as the majority shareholder of the joint venture. The concessionaire will be responsible for all investment, maintenance and operation of the airport for a period of 20 years from 01-Jan-2020. The JV plans to renovate and extend the passenger terminal as well as to improve the quality of service through an expanded digital tools deployment programme.

Eiffage has long historical commercial connections but is a latecomer to airport operations and privatisation.

It has, though, comparatively little experience in the airport sector. In 2017 it placed a bid, within a consortium, for the delayed concession on Belgrade’s Nikola Tesla Airport but was not successful, losing out to its compatriots Vinci.

Has refocused attention on its home territory

Since then Eiffage has switched its attention to home territory and is in negotiations with CASIL Europe for the sale of CASIL’s 49.99% stake in Toulouse Blagnac Airport.

Marseille-Provence Airport is France’s sixth busiest airport – perhaps surprisingly, as Marseille is (just) the second most populous city. The airport too has little experience of airport privatisation, although it is likely itself to be privatised by way of concession in a further tranche of activity for which the Lille transaction seems to be a taster.

It was a shareholder in Libreville Airport, a subsidiary of the consortium Egis/Marseille Provence Airport, which had run the infrastructure at the Gabon airport for thirty years. On 01-Jul-2018 another company, OLAM/GSEZ Airport, was entrusted with the management of that airport under a long term 50-year concession. But that is the only external activity in which it is known to have participated.

This would appear to be a case of an operator/financier from the construction sector (there are many in France, including Vinci and Keolis) seeking out a skilled airport operator – and in this case one with particular knowledge of the low cost segment – to undertake the administrative and day-to-day operations of an airport under concession.

The chart below is indicative of how Marseille’s experience can help in the future management at Lille.

Marseille is a much busier airport anyway, with 9.4 million passengers in 2018 versus 2.1 million at Lille, but it is the broad experience of handling full service, low cost, regional and charter traffic (with Ryanair the carrier having most capacity) that would be of benefit, together with the fact that Marseille is one of the few airports not only in France, but also in Europe, to have a low cost terminal. 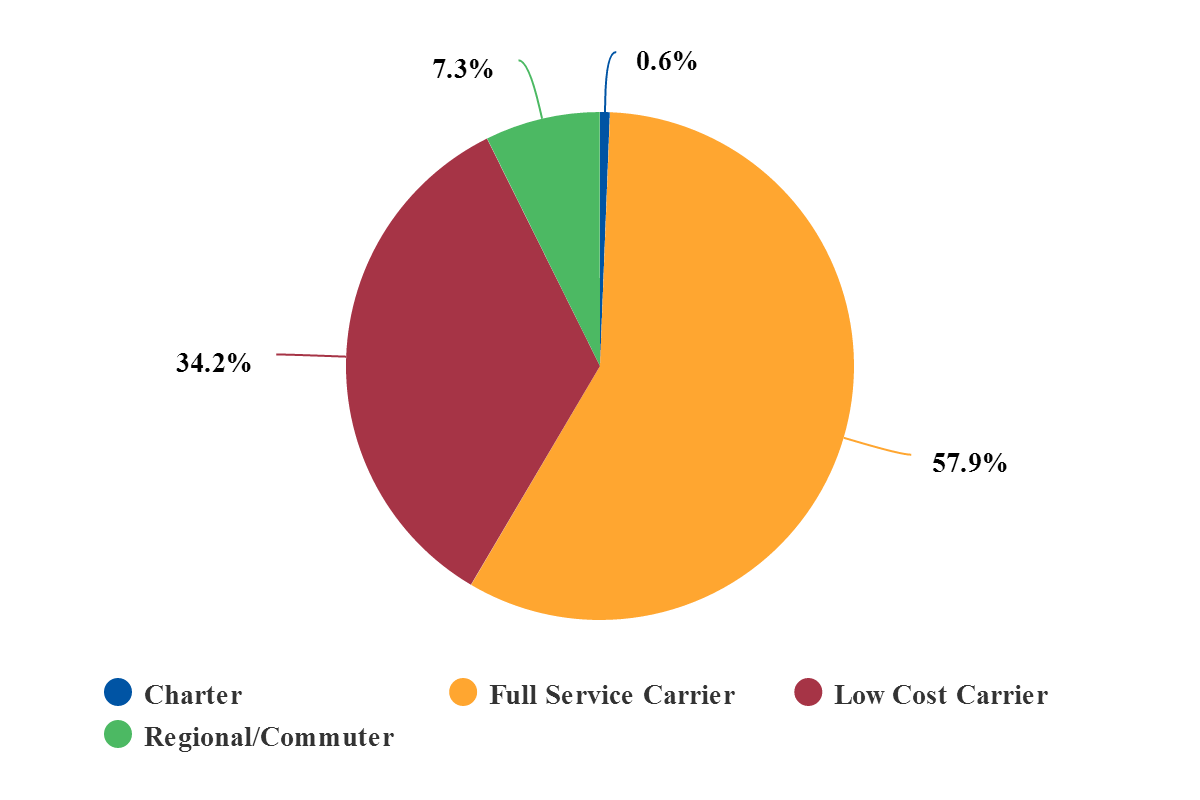 That experience could be valuable at Lille, where the low cost ratio is almost two thirds of all seats (led by easyJet, the carrier with most capacity) but where there is no specific provision for budget carriers or full service carriers.

Marseille is also an important cargo airport, the third busiest in France, and one place ahead of Lille in that metric. Moreover, one third of the Marseille capacity is on carriers belonging to an alliance, where that figure is less than 1% a Lille.

Utilisation at both airports is well managed, with an equilibrium between arriving and departing capacity by the hour.

Passenger numbers are ‘up and down’ at Lille, but steady

The question is: can traffic be increased at Lille? The increase in the number of passengers there since 2009, when charted, looks like a celestial constellation, but it should be noted that while gains per annum have been as much as 20% (2012-13), when numbers have fallen it has never been by more than 4%.

Lille-Lesquin Airport: passenger numbers from 2009 to 2019 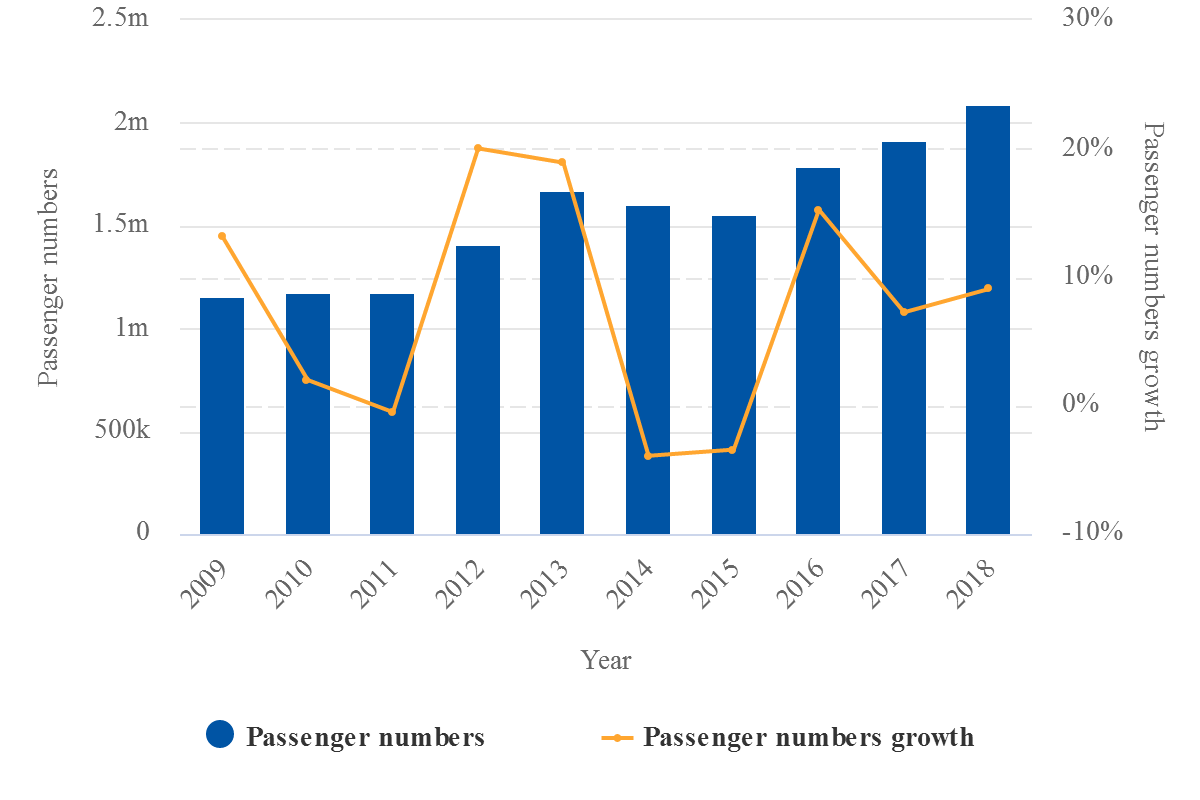 Source: CAPA - Centre for Aviation and Union of French Airports.

Clearly, boosting these figures will be a tougher job than in the case of passengers.

Situated in French Flanders, Lille-Lesquin Airport borders Belgium, offering an alternative facility to heavily populated parts of the western part of that country, as well as to another conurbation in France (Béthune/Lens/Douai/Arras) to the south, within France. Together with Roubaix and Tourcoing, the metropolitan population is close to 1.2 million, making it the fourth largest in France. 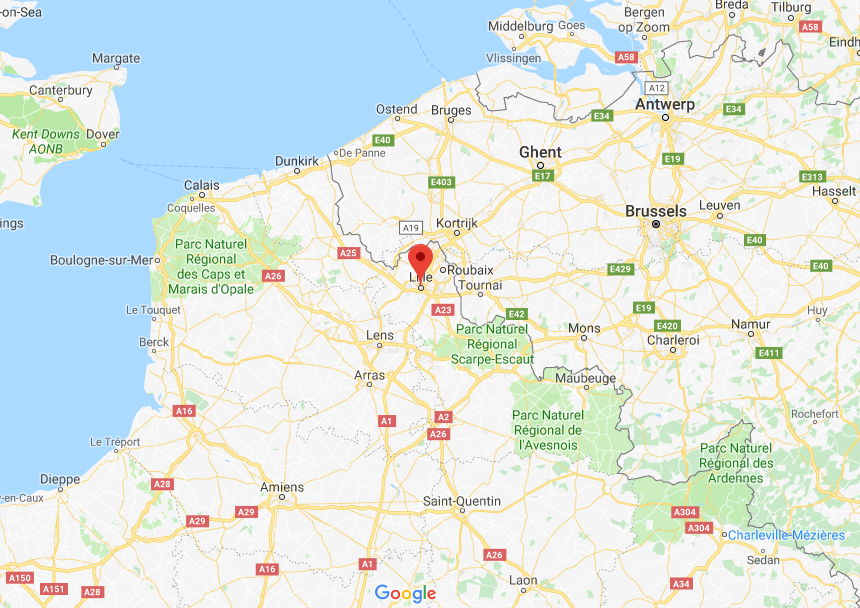 Some surprising gaps in the network

Although more than 90% of employment in Lille is now in the service sector, these are (or in some case, were) France’s heavy industry cities and there is potential through marketing to increase services aimed at the business community.

For example, and surprisingly, there are no flights to or from anywhere in the UK nor Germany, nor most of Eastern Europe apart from holiday destinations, nor any of the Nordic countries. 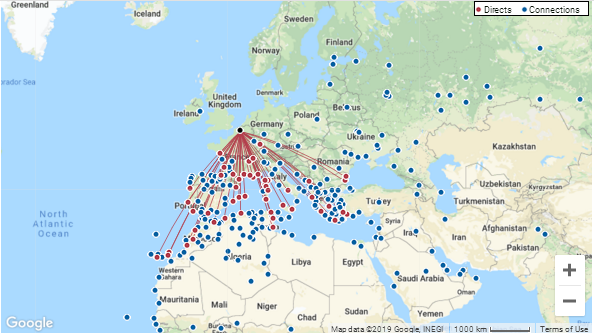 Eiffage saw off Vinci to win this deal

The award of the concession to Eiffage/Marseille Airport is something of a surprise, since Vinci, which appears to be as committed to France as to its foreign investments, had been the favourite in the eyes of many analysts for landing the deal.

According to CAPA data, the current ownership is as detailed below.

The airport is managed by Société de gestion de l'aéroport de la région de Lille (SOGAREL). It is majority owned by the Chamber of Commerce and Industry (CCI) and by transport sector companies (Veolia) Transdev and SANEF.

Previous transactions suggest that the CCI would want to hang on to a 25% holding in any sale transaction, but as this is a concession with the JV concessionaire taking only responsibility for the operation, management and investment (but without actually acquiring it), the ownership should not change.

Lille-Lesquin Airport: ownership as at 15-Jul-2019 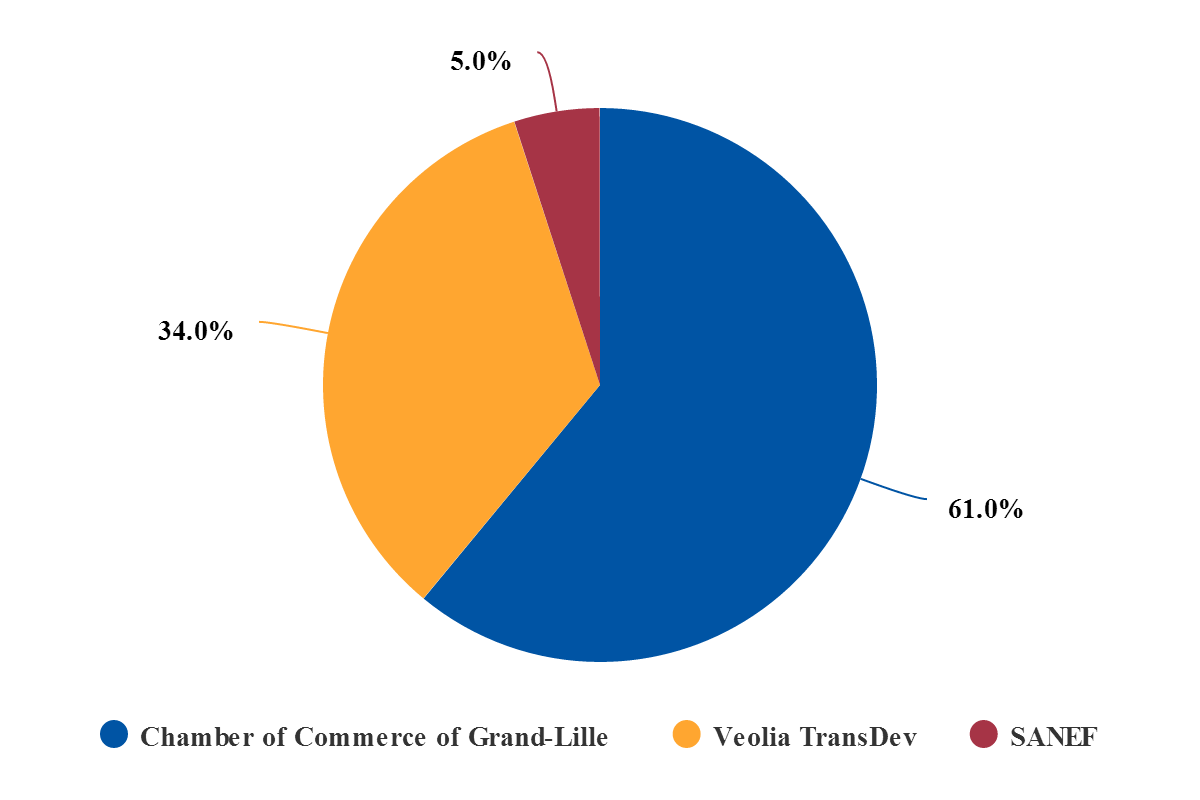