LAN interested in GOL stake should TAM deal fall through

LAN Airlines is reportedly interested in acquiring a stake in Brazilian carrier GOL should its proposed merger with TAM fall through. Shares in GOL jumped 4% on Tuesday - its largest single-day gain for a month - while TAM shares were down 0.4% and LAN shares dropped back 1.3%.

President and Chief Operating Officer of LAN Ignacio Cueto stated that acquiring a stake in GOL may be an option if the merger does not go through. A combined LAN and TAM would create Latin America's largest airline group.

The proposed USD3.9 billion takeover is under review by the Chilean antitrust authority, after a Chilean consumer group requested an investigation into possible monopoly power wielded by a merger. The probe was formally launched in Mar-2011 and will take six to nine months to complete. Brazilian regulators are reportedly expected to clear the deal. 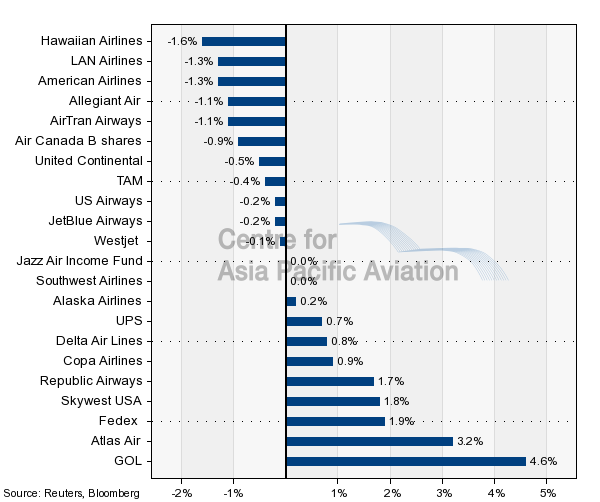