Korean airline stocks were mixed on Monday, as the country's main carriers reported a slowing of freight demand growth.

Korean Air reported a 3% year-on-year increase in passenger numbers to 1.4 million in Jan-2011. The carrier also reported a smaller increase in cargo volume to 140,000 tonnes during the month. 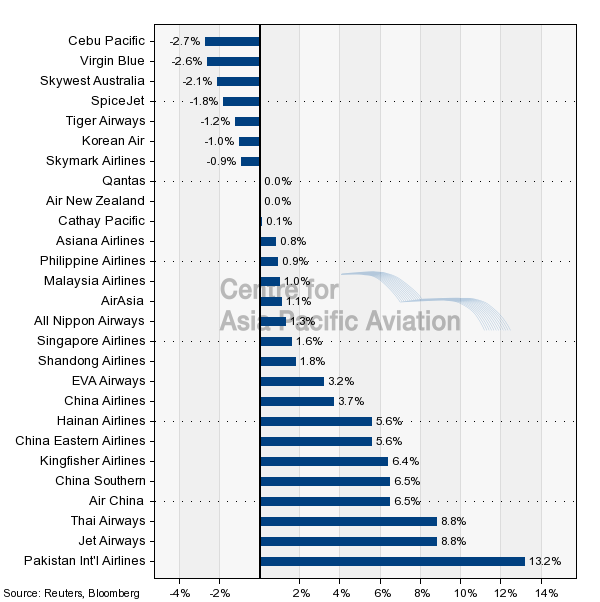