Kenya Airways (-0.9%) fell the least of all carriers in the region on Friday. 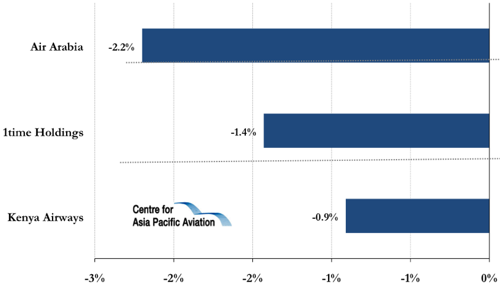