Qantas has advised the stock exchange that its LCC unit Jetstar and AirAsia have entered discussions regarding a potential cost saving joint venture. Qantas noted the discussions are at a preliminary stage and no binding agreements have been reached.

Both airlines operate A320 equipment on short-haul routes, while the long-haul fleets include A330 equipment. Jetstar has 57 A320 orders outstanding, while AirAsia has 105 still to be delivered. Jetstar has seven A330s in service, while AirAsia X has four in service and 21 more on order. Jetstar is also leasing four more A330s (possibly five, with deliveries from Nov-2010), following the decision by Qantas to defer delivery of 15 B787-8s by four years.

Jetstar fleet in service and on order

AirAsia fleet in service and on order

AirAsia X fleet in service and on order

The Australian reports talks centre on aircraft procurement and ground handling, and a tie-up is estimated to cut costs by approximately 5-10%. The agreement would not involve equity.

The airlines did not discuss whether the JV could involve joint maintenance services. Qantas is currently in a dispute with its engineers, which are threatening industrial action during December and January. Qantas stated yesterday the action would not have any impact on airline operations.

Thai Airways is meanwhile joining forces with its 39%-owned LCC unit Nok Air in a long-overdue move to cooperate and drive efficiencies for the group. From 01-Mar-2010, Nok Air will operate services to some of Thai’s domestic destinations, including Phitsanulok, Ubol Ratchathani and Mae Hong Son from Bangkok.

Thai Airways President, Piyasvasti Amranand, explained the move is based on the carrier’s “Two-Brand Strategy. The airline is promising a seamless travel experience, noting “passengers on these routes will continue to receive the same standard of services that they currently receive on Thai, such as the same flight frequencies, standards of aircraft maintenance and cockpit crew standards. Traffic between Nok Air’s domestic routes to Thai’s international flights will connect over Bangkok

Mr Piyasvasti added, “the cooperation will add more connecting points in the secondary domestic and regional destinations to Thai and Star Alliance’s global network. Thai will be able to better utilize its aircraft by offering more flight option to high-demand destinations, while still emphasizing its premium service standards to passengers based on its strategic plan”.

He noted the move was a result of a review of the carrier’s domestic performance over the past ten years. He stated domestic secondary routes have “been unprofitable for several years, but operations were sustained for the travelling public”. 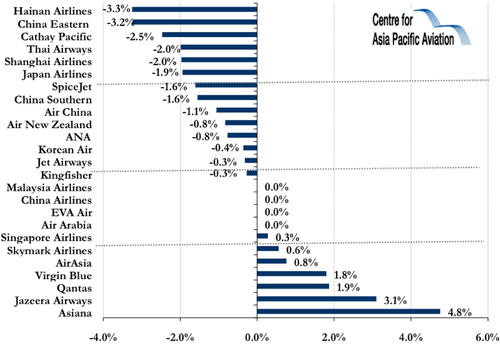