North American LCCs, JetBlue, Frontier, Southwest, AirTran and WestJet, have all reported pressure on unit revenues in recent months and the near-term outlook is also challenging. For Southwest, the weak outlook for passenger revenues per ASM (PRASM) is of concern considering its push into key business markets lately.

Southwest stated, “April 2009 passenger revenues per ASM are estimated to be in line with last year, as expected. However, current revenue and booking trends continue to be adversely impacted by the weak economic environment and now also by concerns over the recent H1N1 Swine Flu outbreak. Therefore, the Company currently expects the year-over-year decline in second quarter 2009 passenger revenues per ASM to exceed first quarter 2009's decline of 2.8%".

Ancillary revenues to the rescue

But helping offset the weakness in yields, JetBlue (like most LCCs worldwide) is focusing on driving ancillary revenue improvements. The carrier stated, “our continued focus on ancillary revenues, which we currently expect to increase by about 20% year-over-year in 2009, should help drive RASM improvements”. 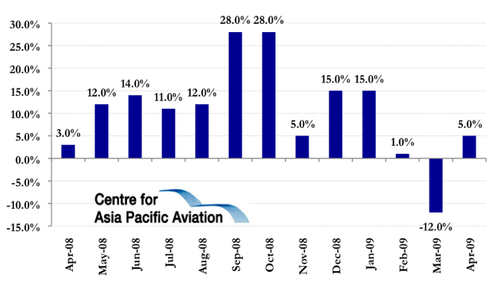 AirTran, which this week reported all-time record load factor and revenue passenger miles (RPMs) for the month of April, is also looking to ancillary revenues to offset the challenging yield environment.

The CEO of the Atlanta-based carrier, Robert Fornaro, told the Associated Press this week, “we do need other sources of revenue to be successful. If I had a choice, I would like to have one price, but all the analysis we have done says that we can collect more revenue by disaggregating the product and let the customer decide on which features they want. I haven't seen one price point that will cover everything. The price point that the customer would want to pay would be too low for all of us to make a return”. 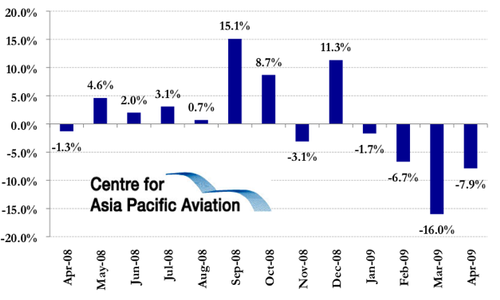 North of the border, WestJet CEO, Sean Durfy, stated this week, “with the weakened economy, second quarter RASM is tracking to year-over-year declines that are, at best, similar to what we experienced in the first quarter of 2009”. He added, the recent swine flu outbreak appears to be delaying some consumers' travel bookings, “however, it is too early to determine how it will impact RASM”.

But with its strong ancillary programme in place, Mr Durfy concluded, “despite these conditions, we are confident in our business model and our organisation's ability to continue on our profitable path”.