Jazeera Airways celebrated its fourth anniversary in Nov-2009, and the carrier has given itself a birthday present by reporting a profitable 3Q2009. After a net loss of KWD4.45 million in 1H2008, the carrier has achieved KWD760,000 (USD2.7 million) profit for the three months to 30-Sep-2009.

The result is down 53% year-on-year from the KWD1.6 million net profit reported for the same period last year.

65% increase in passenger traffic, but revenue up just 4%

The carrier has been able to increase revenue by 4% year-on-year to KWD15.9 million, through a strong increase in passenger numbers. Jazeera Airways handled 582,500 passengers in 3Q2009, a steep increase of 65% over the 352,600 passengers flown in 3Q2008, as its fleet has expanded.

The lowlevel of revenue growth is symptomatic of the intense yield reduction in the Middle East, due to a combination of overcapacity and falling demand experience through the year. However, the Middle East was the first region globally where passenger traffic has bounced back from the economic downturn, with traffic growth now back into double-digit levels across the region. 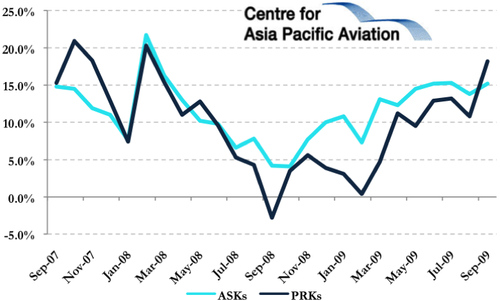 In terms of year-on-year passenger growth, Jazeera Airways claims it is now the fastest growing airline in the Middle East. For the 12 months to Oct-2009, the airline handled more than 1.6 million passengers, increasing passenger traffic by better than 22% year-on-year.

CEO Stefan Pichler now expects that 2009 will be profitable for the carrier, despite the first half loss and only marginally profitable third quarter. Net losses for the nine months to 30-Sep-2009 were KWD1.47, compared with the KWD1.48 million in the previous corresponding nine months.

Jazeera Airways has reported a net profit every year since its launch in 2006. 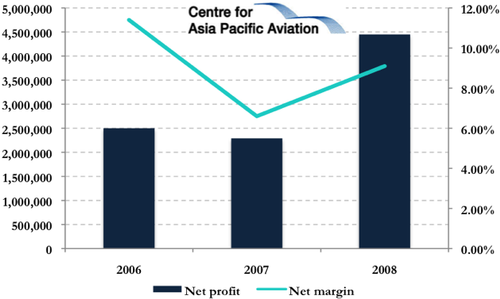 According to Mr Pichler, the profitable quarterly result shows that the carrier’s performance is returning again, after it was forced out of its second hub in Dubai by regulatory changes. The switch from a dual hub operation to a single hub operation was a major shock for Jazeera, but it has also allowed the carrier to pare some more costs out of the business and restructure itself.

Radical realignment as Jazeera goes back to Kuwait

The carrier has re-aligned its network around its single hub in Kuwait. It has also sought to relieve some of the intense yield pressure being felt, by adding new products and services. Chief among these is the launch of the new Jazeera Airways business class.

The carrier has dedicated the first three rows of its aircraft to 12 Business class seats. Business-class passengers receive access to a dedicated check-in counter, and complimentary lounge access and enhanced in-flight services, including complimentary F&B service. Passengers also get an additional 10kg of baggage allowance.

Jazeera intends to return to its multi-hub strategy, aiming to set up another hub, this time outside the Gulf region. In doing so, it is following the path taken by its regional rival, Air Arabia, which is busy setting up its third hub, located in Egypt. Jazeera wants to operate more than 80 routes within the Middle East within the next five years, up from the current 24.

Its high quality model positions it well for a strong role, but the competition is stiff.