Japan’s airports prepare for new era; LCCs and A380s on the way

Japan’s airport sector is undergoing a once-in-a-generation structural transformation, as fresh capacity at Tokyo-area airports open up new opportunities for market liberalisation. New aircraft technologies, such as the B787 and A380, as well as new airline business models (namely the expansion of LCCs into the North Asian market) are also set to dramatically change the market dynamics for airports.

The Japanese Government plans to accelerate its liberalisation agenda, following the expansion of Tokyo-area airport capacity. According to a Kyodo report at the weekend, Japan’s Land, Infrastructure, Transport and Tourism Minister, Sumio Mabuchi, aims to reach open skies agreements with members of the Association of Southeast Asian Nations and other Asian economies.

New aircraft technologies are also entering Japan, courtesy of All Nippon Airways (the B787 launch customer) and Skymark Airlines, which has stated it plans to purchase four A380s with two options. Skymark will become the first Japanese customer for the aircraft, having reached an agreement in principle with Airbus. Skymark plans to introduce the aircraft in the fiscal year commencing Apr-2014 and will sign a purchase agreement next spring. 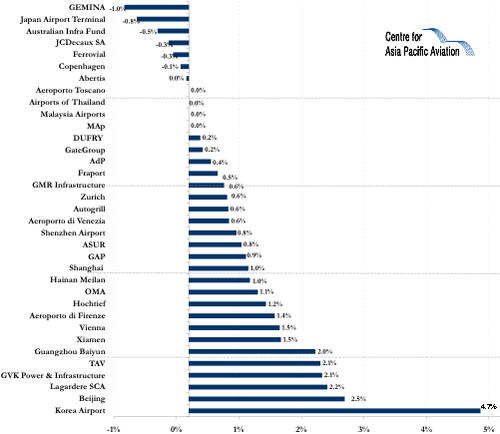