Japan's Transport Ministry have initiated a 30 km no fly zone around the Fukushima nuclear power station, due to concerns that radioactive particles from the damaged plant to could enter passing aircraft.

Stock markets across Asia were battered yesterday by the worsening nuclear situation near Tokyo. The Nikkei 225 endured its third biggest daily fall, plummeting 10.6% at the close to its lowest level since Apr-2009. The index fell as much as 14.5% during the day. ANA slumped 10.7%. Other North Asian airline stocks were sold off. 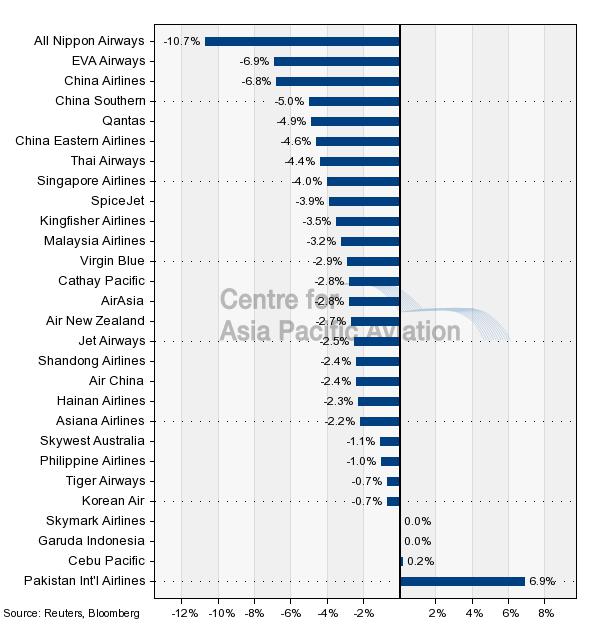 Japanese airlines continue to schedule additional services to Northeast Japan to assist with evacuations and the relief effort.

US Forces aircraft to use Yamagata Airport for rescue activities

At a press conference held on 15-Mar-2011, Defence Minister Toshimi Kitazawa disclosed that US Forces have permission from the governor of Yamagata Prefecture to use Yamagata Airport for rescue activities related to the Tohoku Earthquake. Yamagata Airport is a base for transporting various materials and supplies necessary for the recovery of Sendai Airport which was inundated by the tsunami. The US Marine Corps are also to help with the clear up of debris and rubble swept onto Sendai Airport's runway and taxiways.

It is quite exceptional for US Forces to use a civil airport in Japan other than those designated in the Japan-US Status of Forces Agreement, except for emergency landings.