After facing a constant stream of economic, regulatory and structural challenges that has resulted in India’s airlines losing a combined USD11 billion over the last eight years, Indian aviation could be on the verge of entering a new era of profitable and sustainable growth.

But this is by no means a certainty. Falling oil prices and improving economic condition provide a favourable backdrop, but all of the key stakeholders will have to play their part for the sector to recover and thrive.

Meanwhile, a new round of airport privatisation, renewal and construction is under way, with all the associated investment needs and opportunities.

CAPA India will hold a major event in Mumbai on 3/4-Feb-2015 to address these and other vital issues.

In 2015 India's government will need to take decisions that have been put off for too long. And industry players will need to learn to operate in an open and competitive environment and allow vested interests to take a back seat. If this can be achieved, Indian aviation has massive potential that can be unleashed, delivering huge benefits to tourism, trade and the economy.

The new government elected in mid-2014 came to office with an agenda of removing red tape and distortions. After several months of consultation and preparation, the time has now arrived for tangible actions.

Indian air traffic is projected to triple within a decade, creating huge opportunities for the global aviation community

India is currently the 9th largest aviation market in the world by total seat capacity, but could rise to become the third largest in less than a decade. Currently 62% of that capacity is domestic and 38% international. 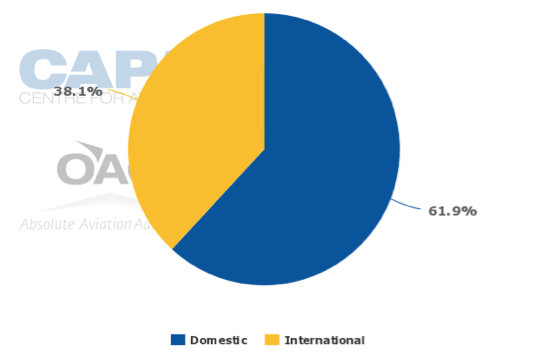 IndiGo is the largest carrier in the domestic market with almost 35% of capacity by seats at present, with LCCs in total (including SpiceJet, GoAir and AirAsia India) accounting for just over 60%.

The two major Indian full services carriers, Air India and Jet Airways, are the leading operators in the international market and together they have around a quarter of the market. Emirates is the largest foreign carrier with a seat capacity share of 10.1%. The next three largest foreign carriers – Etihad, Qatar Airways and Air Arabia – are all from the Gulf. 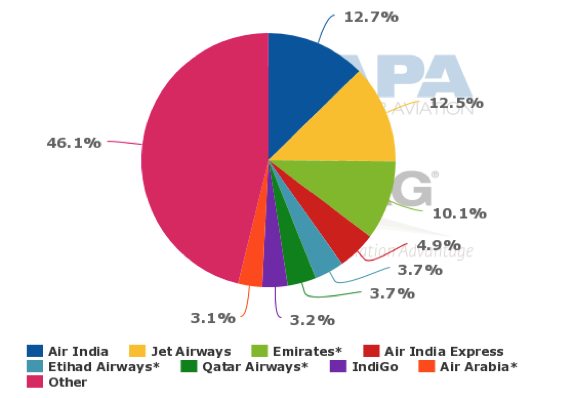 The Indian government’s decision to roll-out electronic visas to 43 source markets – including the largest single market, the US – in Nov-2014 is expected to transform inbound tourism and provide a boost to international traffic.

Due to the overwhelmingly positive response in just the first few weeks, the Ministry of Tourism has requested that the Ministry of Home Affairs extend the scheme to key European markets such as the UK, France and Germany as well as China.

Confidence in the growth prospects of the market is illustrated by the fact that three leading global airlines, Etihad, Singapore Airlines and AirAsia have invested more than USD600 million in Indian carriers over the last two years.

And the order book of incumbent Indian carriers is almost twice the size of the current fleet in service. 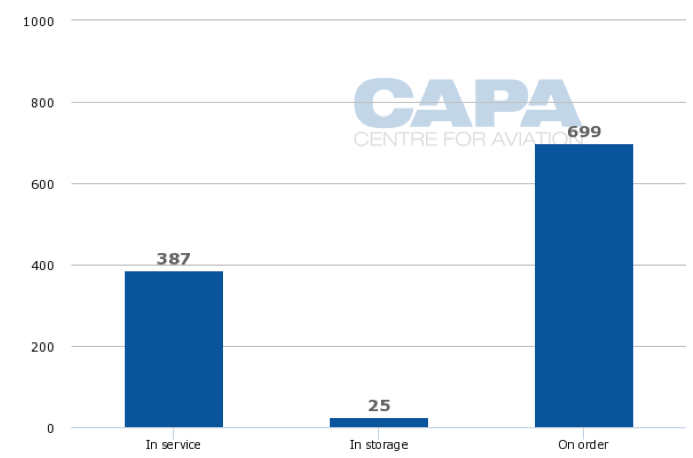 Many of these are for delivery in the near future. over the next two years two new aircraft per month are anticipated to be delivered.

And this is scheduled to rise to around one delivery each week in 2018: 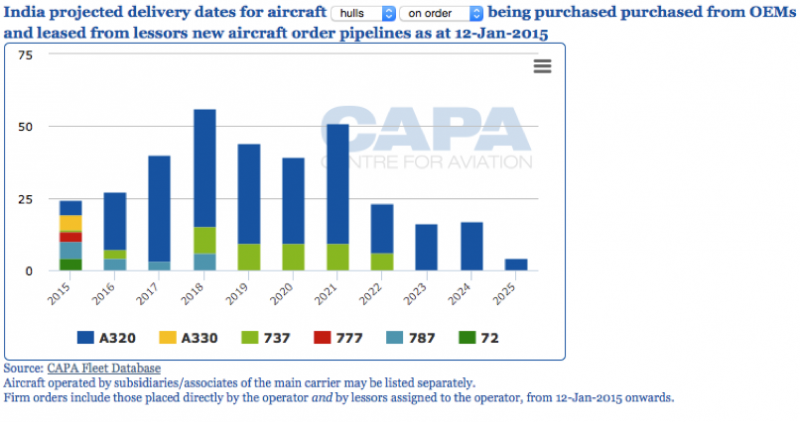 With these opportunities in mind, the CAPA India Aviation Summit 2015 has been called at short notice in order to help shape important decisions at this critical juncture.

The Summit, the 10th that CAPA has convened in India, will take place at The Leela, Mumbai on 3-4 February 2015 and will be the pre-eminent network and knowledge-building event for any organisation with an interest in Indian aviation.

Meet all the key aviation industry and government leaders and investors as they discuss India's aviation future.

Key topics for discussion will include:

With an audience of around 200 critical decision-makers from one of the leading growth markets in global aviation, including C-level participation by virtually every airline and airport operator in the country, this is an event where business will be done.

For more information and to register visit: https://www.capaevents.com/ehome/index.php?eventid=111116&

As the leading aviation advisory, research and knowledge practice in South Asia (www.capaindia.com) with a portfolio of more than 100 consulting and research studies completed in the region, CAPA has produced extensive reports on the Indian market. For some insights, please see:

India’s aviation: new leadership holds the promise of positive change, but there is much to do

India’s budget provides a boost to tourism and airport retail, but no relief for airlines - yet