SpiceJet is also reportedly seeking approval from the Reserve Bank of India to raise USD270 million from Canada's export finance agency Export Development Canada (EDC), to cover its aircraft funding requirements. The carrier, which operates a fleet of 29 B737s at present, plans to add 15 Q400s from Jul-2011. The airline plans to raise the number of flights from 190 to 300 per day, targeting secondary and regional destinations.

Hong Kong Airlines much anticipated A380 order failed to materialise at the Paris Air Show last week, with reports emerging that the deal has been delayed or blocked in protest against Europe’s plan to bring international airlines into the EU Emissions Trading Scheme (EU ETS) from 01-Jan-2012. The A380 agreement is reportedly in the Airbus order book, although the signing ceremony was reportedly cancelled due to uncertainty regarding the order. Aircraft purchases from Chinese airlines require Chinese government approval.

Airbus and European airline associations had warned earlier this year that the unilateral inclusion of foreign airlines in the EU ETS risked retaliation from countries such as China, the US and Russia. 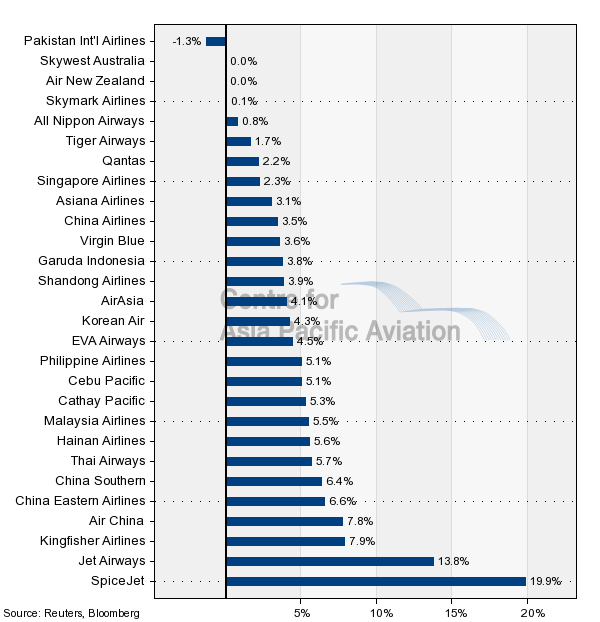