Lower oil prices and a stronger Indian stock prices have renewed some investor confidence in Indian airline stocks. Spicejet shares gained 7.9%, the largest single day gain for a week, while Kingfisher Airlines shares rose 4.9% and Jet Airways shares were up 3.8%.

Boeing confirmed that it would commence deliveries of B787s to All Nippon Airways Co in 3Q2011, in-line with the updated B787 production schedule. ANA Group reported the following international traffic highlights in Jan-2011:

China Eastern Airlines deputy GM Li Jun stated the uptrend in fuel costs will "definitely weigh" on the carrier's costs, although the airline still expects to be profitable. Air China's chairman Kong Dong has acknowledged high oil prices will have an effect on the carrier's bottom line, but stated he remains optimistic about the carrier's profitability in 2011. The chairman said "things will be under control as long as the travel flow keeps coming". 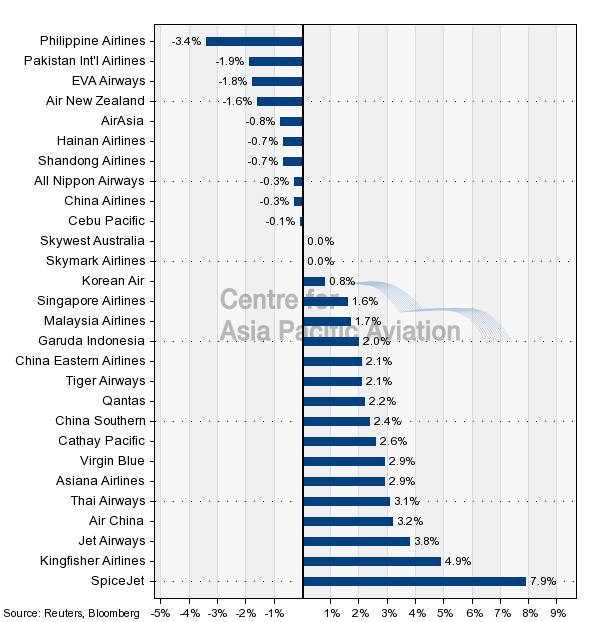