Kingfisher Airlines, India’s largest airline by market share, reported a narrowing in net losses to USD89 million in the three months ended Sep-2009 (2QFY2010), due to lower fuel and staff costs (-42% and -18%, respectively). It was still a hefty loss and reflects a 12% decline in revenue in the quarter. Similarly, the country’s second largest LCC by market share, SpiceJet, reported a narrowed its net loss to USD22 million, from a USD42 million net loss in the previous corresponding period. 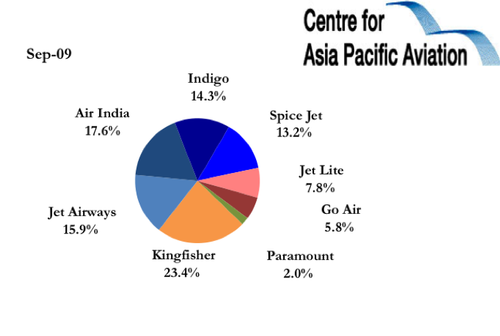 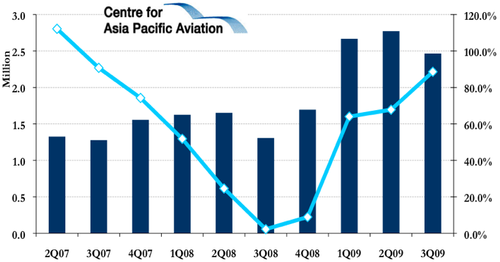 Looking forward, Kingfisher stated it expects to improve its financial performance in the current peak quarter (3Q2010), adding, that it “expects to show higher guest numbers and much stronger yields in the third quarter".

During 2QFY2010, SpiceJet reported a narrowed net loss to USD22 million (from a USD42 million net loss in the previously corresponding period), for a net loss margin of 22.6%, as revenues increased 27% in the quarter. 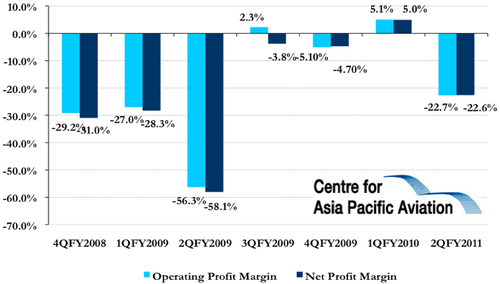 The carrier stated it expects to break even in the 12 months ending Mar-2010, if oil prices and rupee-dollar exchange rates remain stable, with CEO, Sanjay Aggarwal, stating that the carrier now has a “very good balance of demand and the fares in the market”.

Yield starting to firm up: SpiceJet

Mr Aggarwal added that yields have "started firming up during the third quarter and demand remains robust", adding, “we expect this trend to continue through the next quarter." 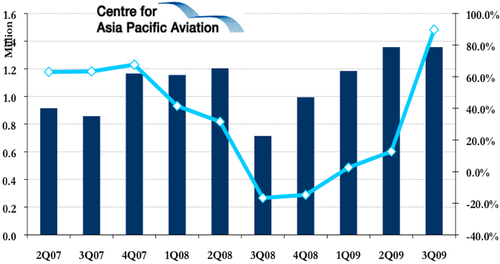 Separately, SpiceJet stated it may raise as much as USD50 million through a share sale, to fund expansion and the launch of international operations, which the carrier is eligible to commence in mid-2010.

SpiceJet’s shares gained 4% yesterday, while Kingfisher’s shares were down 0.1%, upon the release of the carriers financial results.

SpiceJet’s shares have more than doubled since the start of 2009, compared with a 69% gain in the benchmark Sensex index of the Bombay Stock Exchange. Jet Airways' and Kingfisher’s share prices have also exceeded the benchmark index in 2009, although to a lesser degree. 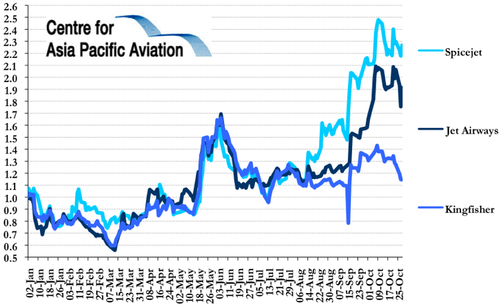