Latvia’s Riga International Airport (RIX) reported a profit of EUR705,000 in 1Q2011, compared with a loss of EUR21,150 in the previous corresponding period, in a report submitted to the governing body of the Ministry of Transport. The airport, a home to aggressive airBaltic, handled 939,630 passengers and 15,373 flight movements. But Ryanair, which has a significant presence could still move away.

RIX collected EUR2.1 million from the leasing of commercial properties and EUR617,593 from ground handling services, which was significantly lower due to the arrival of a second private ground handling company.

The Chairman of the Board, Arnis Luhsa, said, “By optimising expenses, we have managed to build a profit from the airport’s economic activities.” Income from renting out the terminal’s commercial property has increased significantly when compared to the same period last year.

Similarly, non-aviation income increased, with areas such as the luggage office, the ticket service and others delivering improved revenues.

The number of flights grew in the first quarter when compared to last year; 15,373 this year against 14,368 last year. Similarly, the number of passengers being serviced has also increased; 939,630 for this year and 914,386 for last year.

These positive results are welcome. In financial year 2010 the airport reported a loss of LVL3 million (EUR4.3 million) despite a 14.8% increase in passenger numbers to 4.7 million. However, an improvement was noted as early as Jan-2011 when revenues increased by 3.5% to EUR2.4 million and profit to EUR2.4 million, a six-fold increase.

The dominant airline at RIX is airBaltic, which has carved a presence for itself as a hybrid low cost/hub carrier. At the commencement of the summer 2011 schedules airBaltic had 56 regular and 19 seasonal routes at Riga (75 in total), while all other carriers only totalled 32 between them, of which Ryanair had half (16).

In Mar-2011 Ryanair was reported to be considering dropping its Riga base, causing RIX to state that the loss of the LCC would hinder economic development in the country by making travel to Latvia more expensive. Since Ryanair’s entry to the market, airfares have reduced from an average of LVL1000 (USD1990) to as low as LVL10 (USD20). The airport denied reports it was trying to force Ryanair to operate to Tukums Airport, a Spartan military base, rather than Riga.

Difficulties with Ryanair did not end there. This month (Jun-2011) it announced it will restrict passenger traffic from hubs in Lithuania and Latvia, as part of efforts to combat online fraud activities. The carrier will impose restrictions at 15 destinations from Latvia as well as 18 destinations from Kaunas and six from Vilnius in Lithuania, as well as. Some individual routes are also likely to be affected by the same policy.

Collectively, Ryanair has a bigger presence in Lithuania (25 routes) than it does in Latvia, airBaltic’s presence in the latter not being quite so overwhelming. The opening of a base at Kaunas in May-2010 (Ryanair’s only one in the Baltics – neither Riga nor Vilnius are bases), helped bring about a 77% year-on-year passenger increase.

Whether or nor Ryanair will continue to focus on its Kaunas operation (which owes as much to the foresight of the management there as it does to Ryanair’s strategy) may depend on the Irish LCC’s evolving relationship with Wizz Air, which opened its 14th base in Vilnius on 16-Apr-2011. Wizz Air’s expansion comes as Ryanair also expands in the Lithuanian market, with six new routes launched to/from Vilnius in May-2011. The entry of two of Europe’s largest LCCs has resulted in airBaltic downsizing its presence at Vilnius “due to crowding” in the market. Vilnius remains the second-busiest airport in the Baltic region, behind Riga International Airport.

airBaltic’s presence at Riga is not always wholly beneficial. In Apr-2011 the airline and Riga Airport reached a settlement over the repayment of outstanding airport fees and charges owned by airBaltic. The carrier has agreed to pay its debt to the airport plus a contractual penalty of LVL7.15 million (USD14.6 million). airBaltic had previously claimed it had overpaid the airport EUR34 million over the past several years, and had filed a lawsuit for the amount against the airport.

On the other hand, airBaltic has helped RIX get out of a bind. In May-2008 a tender process began to select a partner for establishing a JV with the aim of implementing the airport’s infrastructure development project and become capable of handling 20 million passengers per annum. A consortium comprising of TAV Airport Holding (Turkey) and Skonto Buve Ltd, a Latvian construction company, was awarded the tender to develop it Investment operations were scheduled to begin in the summer of 2010.

But the government subsequently annulled the project, which was then rescued by a deal between RIX and airBaltic to construct a new (fourth) terminal at the airport, for which the Latvian state will be required to contribute LVL37 million (USD77 million).

airBaltic is the national airline of Latvia though it also operates bases in Vilnius and Tallinn (Estonia). airBaltic is a hybrid LCC, with a fleet that includes B737, B757, Bombardier Dash 8 Q400 and Fokker 50 aircraft. The airline has also moved away from offering mostly point-to-point services in the Baltic region, and now pursues a network strategy, with Riga International the main hub. Until Jan-2009, airBaltic was 47.2% owned by SAS; a stake which Air Baltic Corporation purchased. airBaltic maintains close links with SAS, operating frequent services to the its hubs in Copenhagen, Oslo, Stockholm, and thereby operating a ‘dual hub’ system with Riga. The airline operates scheduled services to destinations in Europe, the Middle East and the CIS.

Charts 1 -6 below are sourced from CAPA Profiles 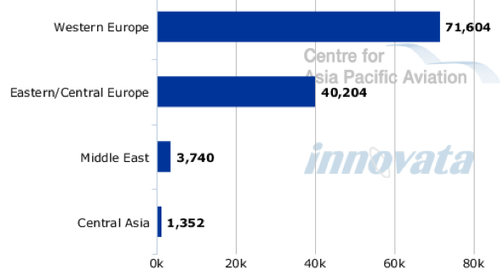 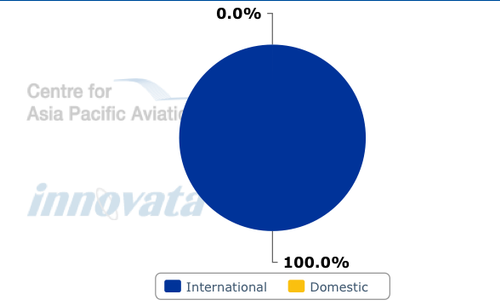 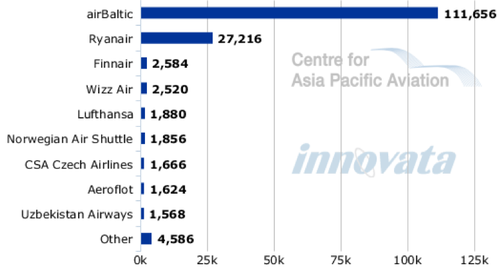 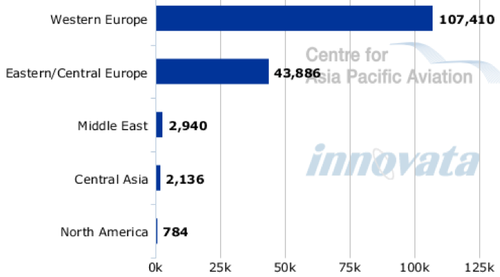 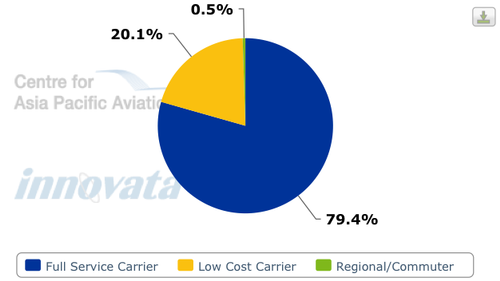 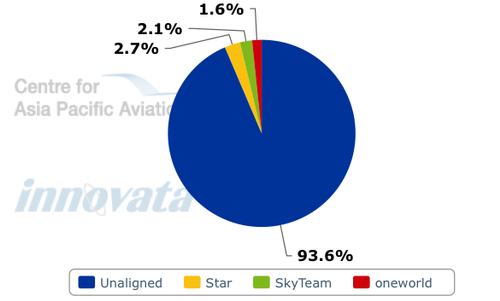