ILFC, the world’s second largest leasing company, has been downgraded to junk status by Fitch Ratings, with the ratings agency disconnecting the leasing unit from its rating for parent, AIG. ILFC’s issuer default rating was lowered three levels to 'BB', two notches below investment grade. Fitch is the third of the three major US ratings agencies to lower the leasing unit’s status, following cuts by Standard and Poor’s and Moody’s Investors Service recently.

Fitch believes that ILFC is “no longer viewed as a core part of AIG's overall franchise”, and AIG's long-term willingness to extend support to ILFC “may be more limited than previously assumed.”

Fitch considers a sale to a buyer with the right “financial wherewithal” could have preserved ILFC’s investment-grade capital structure, but the prospect of a near-term sale of ILFC “has become more unlikely”, particularly with the departure of founder Steven Udvar-Hazy from the position of CEO recently, and his replacement by John Plueger, formerly President and COO.

ILFC’s ratings are supported in the short-to-medium term by AIG’s intention to support the unit’s debt commitments through to Nov-2010 and its belief that in the near to mid term, AIG will “likely continue to take reasonable steps to maximize the value of its investment in ILFC”.

However, Fitch is increasingly concerned that even if a restructuring of the unit is completed as envisioned by ILFC and AIG, the resulting capital structure and business profile may be insufficient to support investment grade ratings. Fitch added, "if ILFC is unable to generate sufficient liquidity via assets sales and third-party secured financing and is further required to draw on support from its parent, Fitch believes ILFC's business is at a greater risk of transitioning into a portfolio liquidation scenario in order to preserve liquidity and minimize future funding requirements".

Fitch had downgraded and subsequently withdrawn the following ratings: 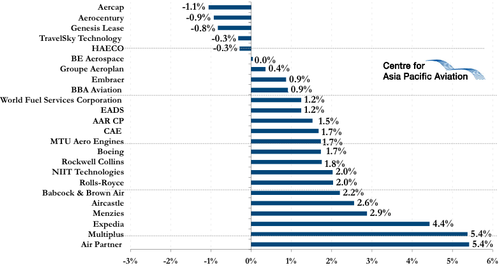