IFM moves towards majority control of Flughafen Wien: part one – closing in on a 50% shareholding

Vienna has always been at the nucleus of power in central Europe, long before the days of the Austro-Hungarian Empire. Today, while not a financial centre, it is the seat of organisations such as the United Nations, OPEC and the Organisation for Security and Co-operation in Europe (OSCE).

Vienna's airport is the most prestigious in central/southeast Europe and its high rate of full service passenger traffic was always going to be attractive to external investors – who include Australia’s Industry Funds Management (IFM), whose subsidiary AGE has an almost 40% stake in Flughafen Wien, which has already been increased from the original investment, and that totals three airports.

Now that subsidiary, buoyed no doubt by IFM’s success in buying the publicly floated Sydney Airport, seeks to increase its stake to almost 50%, but it will not be at the expense of the city and the province. Instead, it is likely to come from institutional shareholders, Vienna Airport ironically having been one of the first airports to have had its shares floated on a stock exchange. Flughafen Wien has responded by urging those shareholders not to accept the offer.

The purported transaction may also raise questions about IFM’s ambitions with regard to its other major investment in Europe, into Manchester Airports Group, where equity ownership is on a similar level to that of Flughafen Wien, but where a different set of circumstances apply.

Airports Group Europe (AGE), an indirect subsidiary of Australia-based Industry Funds Management Global Infrastructure Fund (IFM GIF), has submitted a partial offer for the acquisition of up to a (further) 9.99% stake in Flughafen Wien, at a price of EUR33 per share.

It is advised by IFM Investors, a global infrastructure specialist owned by Australian pension funds and one that invests on behalf of more than 600 institutional investors, representing 120 million workers globally. It has more than EUR58 billion (USD59 billion) invested across a range of infrastructure assets.

Nomura is acting as financial advisor. It is considered a ‘Major Global Investor’ in the CAPA Airport Investors Database.

17-year history of asset investment and 17 airports invested in

IFM GIF’s investors include a diverse range of pension funds and institutional investors across the UK, Europe, Australia, the US, Canada and Asia.

It has invested for 17 years in assets around the world, with 20 current portfolio investments spanning airports, seaports and toll roads, as well as energy, water and telecommunication assets.

IFM GIF’s airport experience includes investments in the Flughafen Wien Group, Manchester Airports Group (MAG), and the recent acquisition of Sydney Airport; one of nine invested airports there in Australia.

IFM has been involved, as manager or advisor, in investments across 17 different airports. 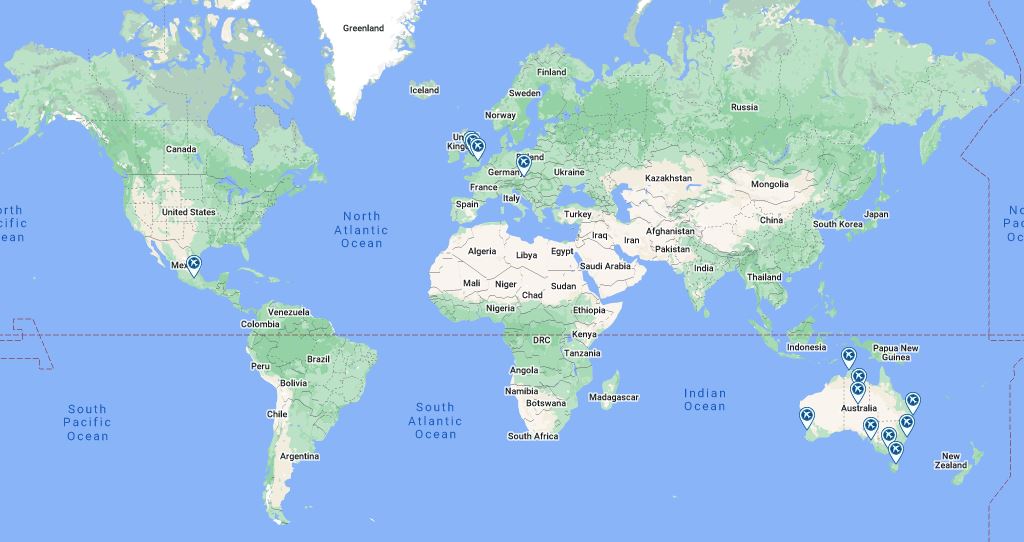 Successful conclusion would move AGE close to a 50% shareholding

AGE is already a 39.8% stakeholder in Flughafen Wien, and a further 9.99% would take it to an overall equity share of 49.8% – more than the combined ownership of the City of Vienna and the Province of Lower Austria (40%).

The remainder of the equity presently accrues to a free float on the Vienna Stock Exchange and to an Employee Foundation.

The city and the province aren’t selling

AGE expects the offer will only be accepted by free float shareholders – based on public statements made on behalf of the City of Vienna, the Province of Lower Austria and the Employee Foundation not to tender any of their shares into AGE's public offer.

The price premium was high, and the share value increased rapidly

IFM, heavily tied down by its takeover of Sydney Airport during the past nine months, had made known its interest in a further equity acquisition at Vienna in Jul-2022, pricing its offer at 25.5% more than the then-current share price and at a premium of 21.3% compared to the volume-weighted average price of the past six months before that announcement.

The price has been as low as EUR24.25 in the past year, but surged in early Jun-2022 on speculation related to AGE’s forthcoming offer, since when it has been stable. 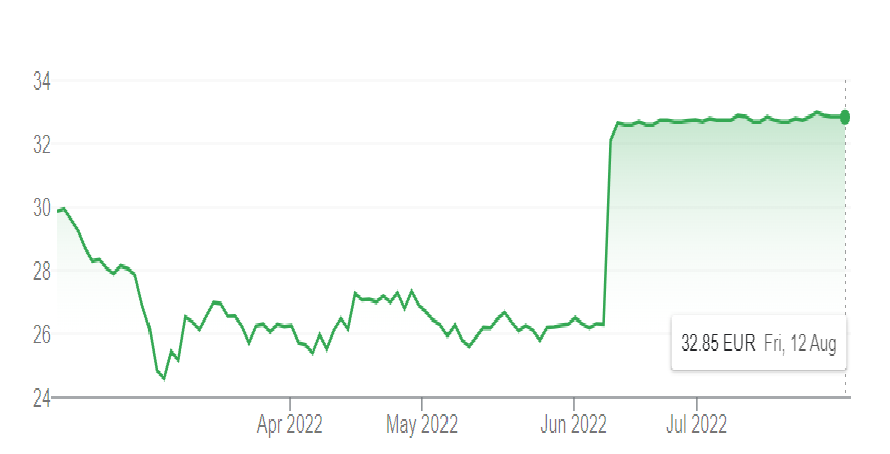 The Austrian Takeover Commission declined to prohibit the publication of the public offer to increase AGE’s stake.

AGE says it believes the offer price represents an attractive premium for shareholders, considering the continued high levels of uncertainty for the aviation industry, and it did appear to be more attractive of the IFM offer made to Sydney Airport public shareholders, which was for a whole airport transaction, 100% of the equity.

The offer can be accepted in Austria, the United States of America and by 'Relevant Persons' (as defined in the offer) in the United Kingdom.

The transaction has not, so far, been delayed to anything like the degree in Sydney, where there was some shareholder resistance and numerous technical issues related to the continuing presence of an existing shareholder.

AGE also argues that the offer is a liquidity event for shareholders to tender their shares in an otherwise relatively illiquid stock at an attractive price. (Illiquid stock is defined as stock that cannot be sold for cash easily because it is not traded on a public market [which is not the case here] or in demand by other private investors [which does remain the case in the airport sector for now and will do until bottom lines uniformly reach pre-pandemic levels]).

AGE also points to its being an existing shareholder in Flughafen Wien for more than seven years, and that as a long term investor on behalf of pension funds and institutional investors, it continues to recognise Austria as an attractive place to invest.

It says, “We remain committed to working with all stakeholders of Flughafen Wien and supporting Management in the interests of local communities, passengers, airline customers, employees and the broader economy”.

There are some similarities in that favour-finding approach to the one that IFM used to woo investors in the Sydney transaction in Australia, where it successfully projected itself as an Australian company protecting jobs and already doing smaller Australian airports proud where it was an investor.

See, for example, the report Sydney Airport sale nears completion; revalued up by USD1 billion from Nov-2021, one of three CAPA reports on that transaction.

European investments are as valuable as its Australian ones

IFM remains skewed towards Australia as measured by the number of invested airports it has there, but even taking the Sydney deal into account, those in Europe are arguably just as significant and likely to be the bedrock upon which future investments are made.

For example, passenger numbers in 2019 at the Australian airports (including Sydney, which was not then affiliated to IFM) totalled 132.6 million, compared to 101.6 million for the European airports.

However, there are 50% more Australian airports, while the value of the investments in that country, sometimes indirectly, tends to be lower than in Europe.

On 17-Aug-2022 Flughafen Wien advised shareholders to reject AGE’s purchase offer for an additional 9.99% stake in the company. Reasons provided for the advice include:

In part two of this report CAPA will explore: how Vienna Airport is easily Flughafen Wien’s major asset and the largest airport bordering east and west Europe; the Hungarian government seeking to regain control of the rival Budapest Airport; that Austrian Airlines is still critical to Vienna’s success, with LCC penetration settling at about a third of overall seat capacity; the likelihood of IFM increasing its shareholding in MAG, and how a potential equity shift at London Heathrow might have some bearing on IFM’s position.