IAE consortium extends agreement out to 2045

International Aero Engines announced the extension of its collaboration agreement to 2045. IAE is a multi-national aircraft engine consortium comprised of Pratt & Whitney, Rolls-Royce, Japanese Aero Engines Corporation and MTU Aero Engines. It produces the V2500 engine used on A320 family and MD 90 aircraft.

Boeing announced 58 new aircraft orders and eight order cancellations for the week to 09-Mar-2011, thanks to strong ordering at the Hong Kong air show. ILFC signed for 33 B737-800s, but the highlight was more B777 sales. Cathay Pacific ordered ten B777s, while Aeroflot was identified as a customer for eight aircraft and Etihad Airways identified as ordering three B777s. Also appearing on Boeing order books were four B767 tanker aircraft for the US Air Force, the first of 179 aircraft to be manufactured under the USD35 billion programme. 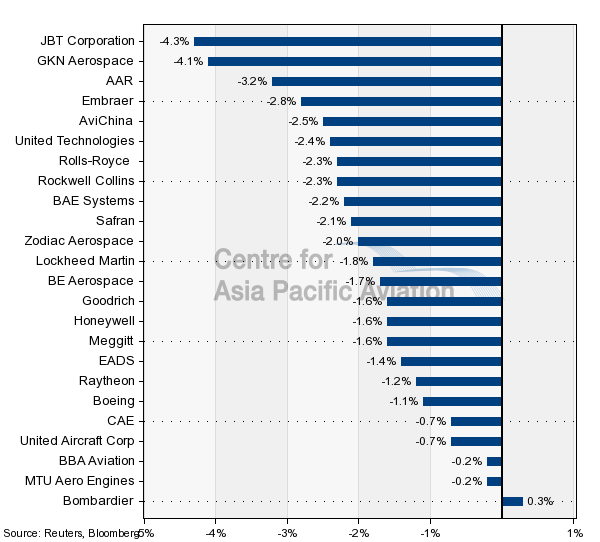