Hong Kong Airlines is expected to place an order for A380 aircraft to capture a greater share of the Hong Kong aviation market.

Hong Kong Airlines will announce the deal for an undisclosed number of A380s at the Paris Air Show next week, according to a Bloomberg report. Main rival, Cathay Pacific, has not ordered the type, but is still considering its very large aircraft options, according to CEO, John Slosar. Cathay's shares gained 0.4% yesterday.

Meanwhile, Thai Airways' shares slumped 4.1% as the carrier revealed plans to add three aircraft types to the group as part of the acquisition of 37 additional aircraft over the next six years. See related report: Thai to use both B787s and A350s on regional Asia routes; Thai Wing to operate A320s

Elsewhere, equity investors have not had a chance to react to the latest natural disaster to hit aviation in the region: an ash cloud from a Chilean volcano that is affecting Australia/New Zealand air space. The Australian Stock Exchange was closed yesterday for a public holiday. 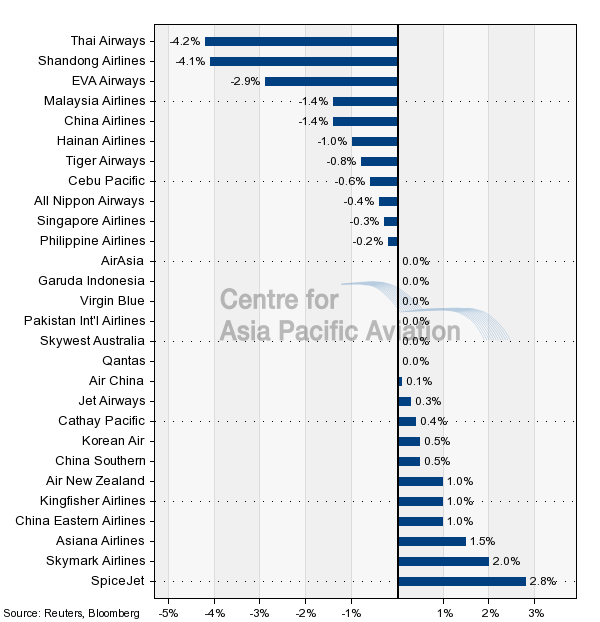