Hochtief leapt highest (+16.1%) on the combined good news that incoming President Obama would be lavishing money on construction projects and that the Dubai Department of Civil Aviation had awarded its Leighton construction arm part of a USD1.3 billion contract to construct a concourse at Dubai Airport.

And, after a bad Friday, the leading investors showed some bounce back, led by Ferrovial (+10%) and MAp (+9.5%), each regaining more than the previous loss. 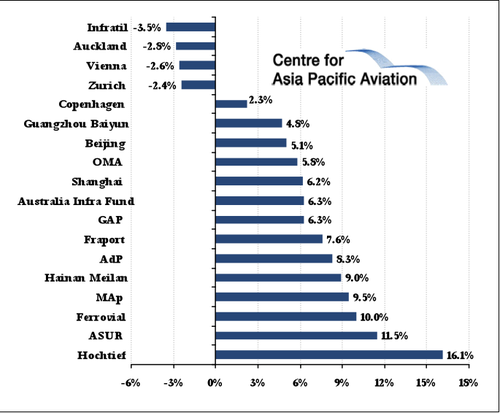