Hainan Airlines announced a 3.5% slide in passenger numbers in Mar-2011 to just under 1.5 million. Cargo volume slumped 6% to 22,113 tonnes. The airline did not disclose any reasons for the reductions.

The carrier's share price has been virtually flat for the past two and a half months, having fallen from highs around the end of last year as fuel prices have risen. 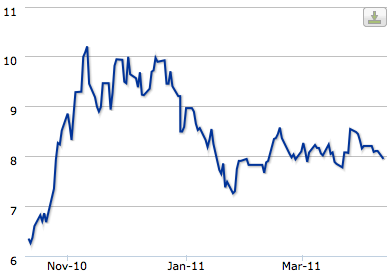 In total, CAPA offers traffic data (individually downloadable to excel) for over 130 airlines worldwide, which is available for CAPA Members. Sign-up for a free trial today. 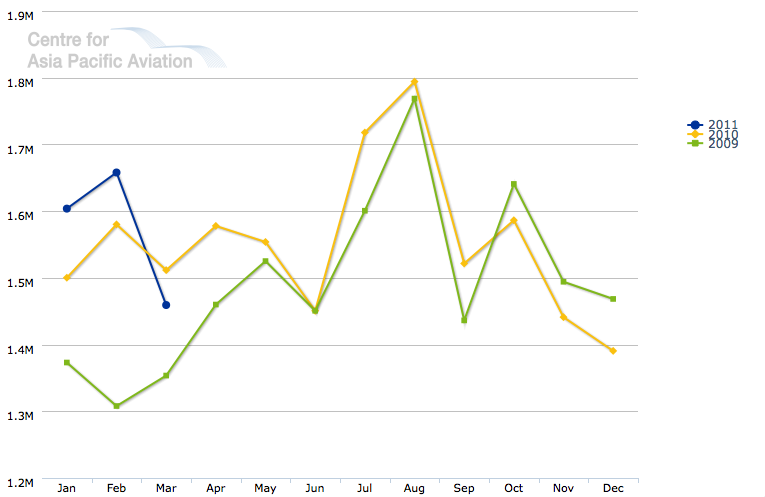 Hainan Airlines has taken a much more cautious approach to capacity expansion in recent months, following strong increases in the first five months of 2010. 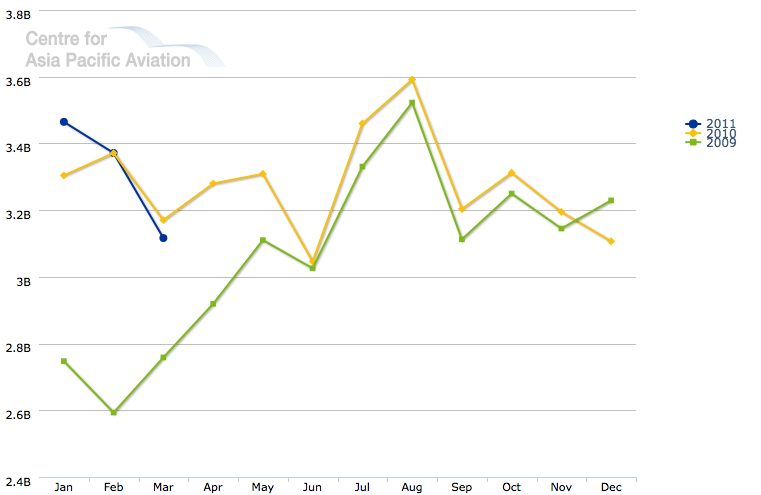 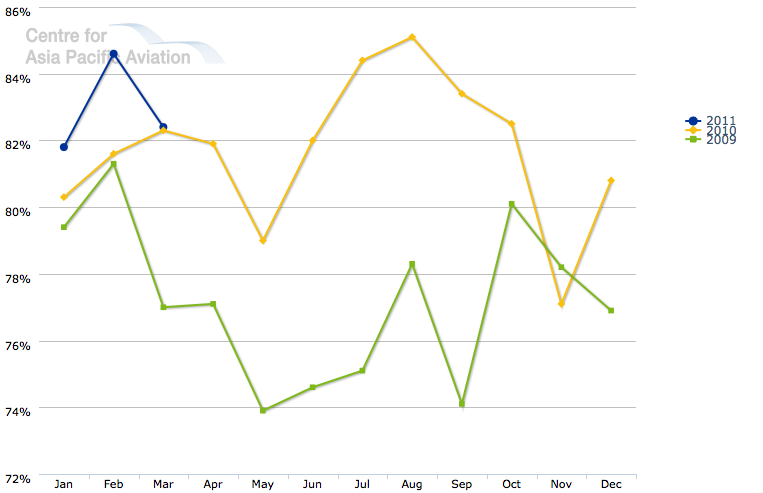 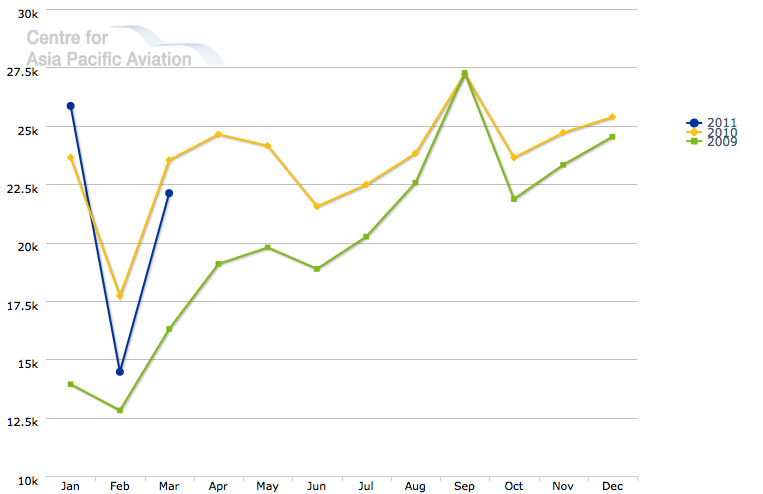