Vienna Airport: “Downward trend appears to have bottomed out”

In Europe, Vienna International Airport reported an 8.3% reduction in passenger numbers in Dec-2009, to 18.1 million, while cargo volumes dipped 0.8% to 185,724 tonnes. Vienna Airport Speaker of the Management Board, Herbert Kaufmann, however, stated the “downward trend now appears to have bottomed out and we expect an increase of 2.0% in passenger volume” in 2010.

Full traffic reports for Australia’s Melbourne Airport and Austria’s Vienna Airport are contained in today’s edition of Airport Business Daily, which also contains strategic news updates from around the world, including the latest traffic headlines: 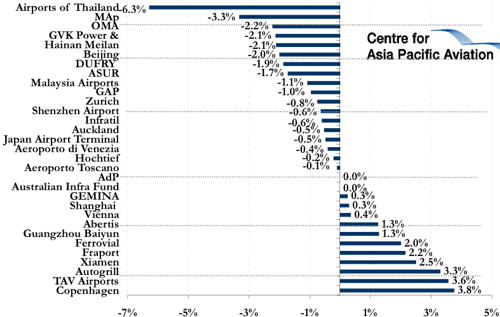