Premium traffic increased at a slower pace in Nov-2010 but the upward trend remains intact according to IATA in its Nov-2010 premium traffic monitor. The industry body, however, noted premium traffic remains well below its previous peak while economy traffic is moving to “new highs”.

Premium traffic in Nov-2010 was around 12% below the pre-recession peak of Feb-2008 with IATA noting that while this “looks like a structural loss for premium travel … it may have more to do with the lack of full recovery in business travel drivers such as world trade and equity markets, rather than a further shift into economy seats”. 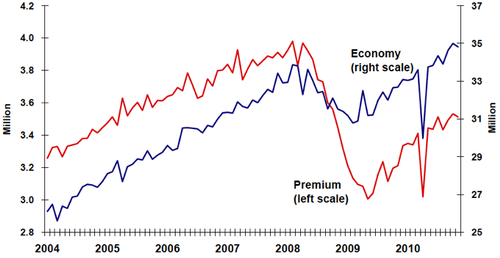 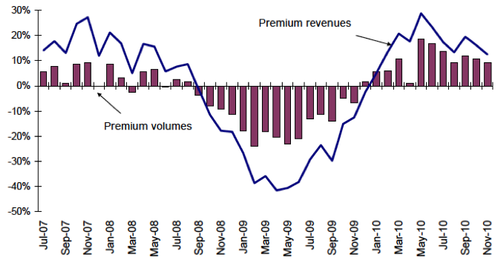 Business travel a key driver for both seat classes

IATA stated business travel continues to be the key driver for both seat classes and recent improvements in business confidence are a positive lead indicator for air travel in the next few months. Consumer confidence has also now stabilised to levels comparable to those in early 2008. IATA added that further gains in both premium and economy travel should be evident in the coming months. 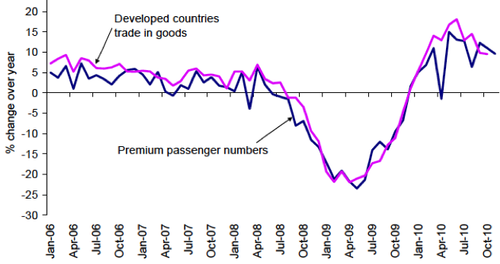 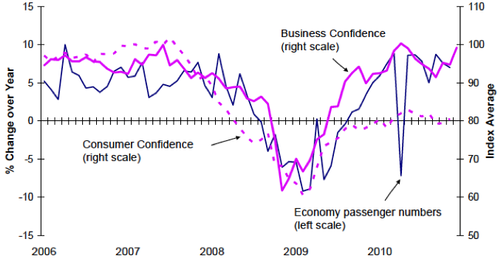 There continues to be a wide range of experience across and within regions with the strongest annual increases reported by routes that are within or to/from Asia. 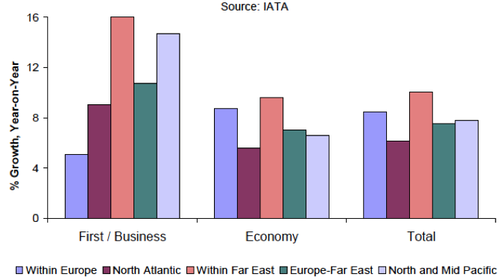 Meanwhile, the bankruptcy of Mexicana still has a major impact upon comparisons for Central America where premium traffic in Nov-2010 was reported to be some 63% lower than in Nov-2009. 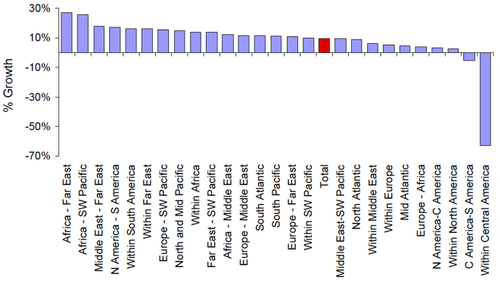 Premium traffic, revenues and fares are yet to return to pre-crisis levels, with IATA noting that this is a function of a lack of full recovery in business travel macro-economic factors rather than a further shift in economy seats. The gradual recovery, meanwhile, is expected to continue in the coming months, as economic drivers continue.