The Thai Finance Ministry is considering reducing its majority 51.03% stake in Thai Airways, according to reports in the Bangkok Post. Thai Finance Minister, Korn Chatikavanij, subsequently clarified the speculation, denying the Thai Government plans to reduce its stake in the carrier in the short term, but adding that the move may be a possibility in the long term. Thai Airways' shares slipped 0.5% yesterday.

The Thai Transport Ministry has requested the Finance Ministry inject a further USD301 million into the carrier under its USD754 million rights issue to support its turnaround plan. This would allow the government to maintain its stake in the near term. 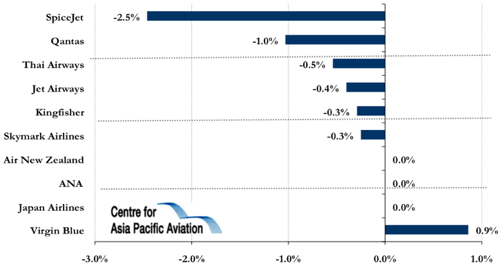