Shares in UK aerospace company GKN Aerospace gained 7.7%, continuing a three-week positive run for the company’s share price. GKN announced this week that it has secured a multi-year production contract to supply lightweight titanium thrust links for the B747-8 and for both engine variants of the B787.

Elsewhere, shares in Bombardier fell 1.3%, while United Aircraft Corporation shares declined 1.3%. Both manufacturers have new aircraft in development, which will now go head-to-head with Airbus’ new A320neo, announced yesterday. EADS shares gained 0.6%, while Boeing shares were up 1.3%, as were shares in Embraer.

Engine manufacturers also had strong days. Shares in Pratt & Whitney, selected as one of the engine suppliers for the A320neo, were up 0.6% while Rolls-Royce shares gained 1.2%. Safran, one half of the CFM International JV, reported a 1.7% increase. 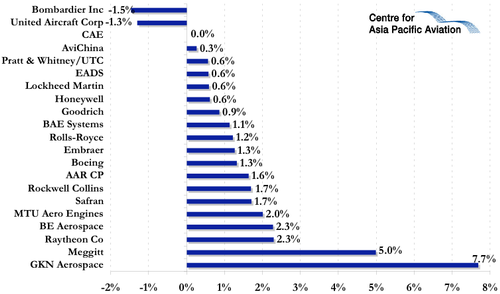 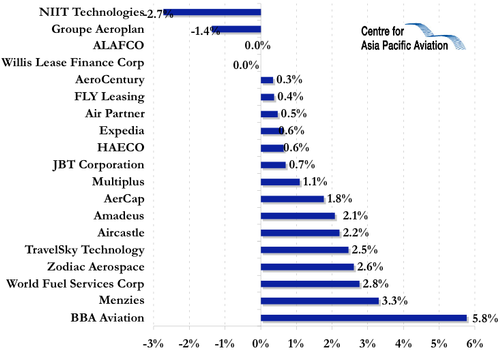