Shares in Bombardier Aerospace slipped 2.5% on Friday. On the same day, the Canadian-based manufacturer awarded Ghafari Associates a contract to redevelop Bombardier's manufacturing complex in Montréal to support the lean manufacture of the CSeries, projected to enter service in 2013.

Ghafari will provide complete architecture and engineering services at Bombardier’s production and testing complex in Mirabel, with the complex to support the continued manufacturing of the CRJ and serve as the final assembly and completion centre for the CSeries programme.

On the other end of the spectrum, shares in CAE gained 3.2%.

Meanwhile, Russia certified the SaM146 turbofan engine – jointly developed by Saturn and SNECMA – for the new Sukhoi Superjet 100 family of regional airlines. Sukhoi started the engine certification programme in Feb-2009. Deliveries of the aircraft are scheduled to commence at the end of 2010.

Southwest Airlines explores addition of B737-800 to fleet

Meanwhile, Southwest Airlines Executive VP and COO, Mike Van de Ven, in a message to Southwest employees on Friday, stated the airline has been evaluating the opportunity to introduce the larger B737-800 into its fleet as part of its domestic network.

The US LCC stated it would "like" to reach a final decision on adding the 800 before the end of 2010. However, the carrier confirmed that, "at this point, the decision to add the 800 has not been finalised, so any details regarding configuration, timing and quantity of deliveries are still to be determined". 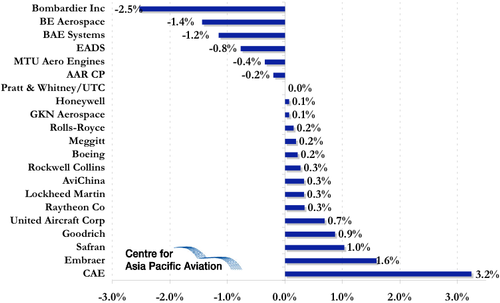 Meanwhile, shares in Air Partner slipped 6.1% on Friday. On the same day, Air Partner received notification from Non Executive Chairman, Aubrey Adams, that 20,000 Air Partner Ordinary Shares beneficially owned by Mr Adams, were on 11-Aug-2010 released from Mr Adam's deposit at Lloyds of London. The shares comprise 100% of Mr Adam's entire shareholding in the company, and represent approximately 0.20% of the issued share capital of Air Partner. 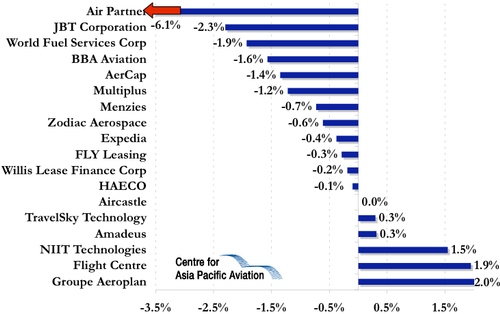