Gatwick also stated volumes were affected by the timing of school half terms (falling predominantly in June this year compared to May in 2009). Air transport movements declined 4.2% this month, driven by a combination of the above factors and the capacity rationalisation by airlines, while air cargo tonnage continued to out-perform the prior year both on a monthly and 12 month basis. 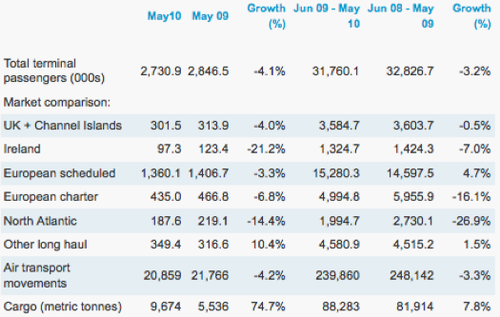 Meanwhile Gatwick's owner, Global Infrastructure Partners (GIP), announced on 18-Jun-2010 that it has reached agreement with the California Public Employees' Retirement System (CalPERS) for CalPERS to take a 12.7% shareholding in the airport, as part of GIP’s previously announced sell down of its Gatwick equity holding. The stake is worth up to GBP106 million. GIP will continue to retain a controlling shareholding in Gatwick. 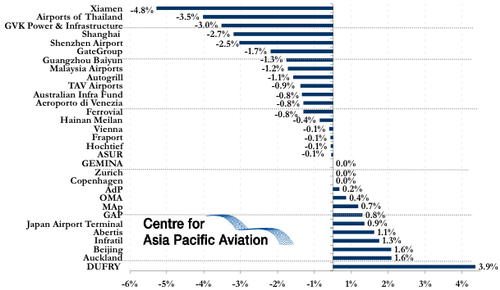