Frontier emerged from bankruptcy protection on 01-Oct-2009 as a wholly-owned subsidiary of Republic Airways Holdings Inc, following the approval of the carrier’s reorganisation plan. At the time of the plan's approval, Frontier President and CEO, Sean Menke, stated, “this is an extremely proud day for everyone in our Company. Many people doubted that we would even survive, let alone accomplish a successful reorganisation, provide a recovery for our creditors and emerge a stronger competitor and company”.

Mr Menke added, “upon consummation of our Plan of Reorganisation with Republic, we will be a successfully restructured airline, well positioned to be a competitive, successful, sustainable airline for years to come.”

And now the hard work of integration begins?

Frontier will emerge as a Republic Airways subsidiary, after Republic was declared the winning bidder in the auction to acquire Frontier on 13-Aug-2009, fending off Southwest Airlines. Republic has previously stated that Frontier Airlines and Lynx Aviation would maintain their current names and continue to operate as usual.

There have been some moves to integrate Frontier with Midwest Airlines, to reduce some duplication of resources. For example, Frontier has announced plans to close its Las Cruces (New Mexico) reservations operation by the end of 2009, in an effort to optimise operations and eliminate operational duplication that exists with its Midwest Airlines partnership.

But there has been no discussion of a larger integration agenda within the Republic stable. The key question remains; are they just going to be a collection of airlines, or is there some grand integration plan brewing at Republic? 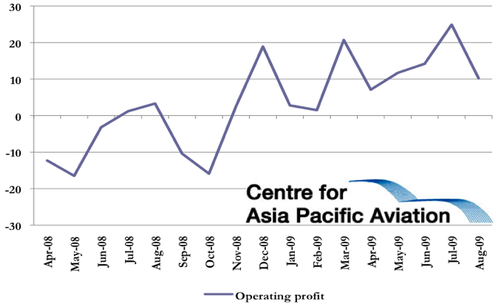 Frontier attributed the performance to its restructuring and cost cutting and revenue enhancing initiatives. CEO, Sean Menke stated, “it is impressive that, even with more than USD10 million in expenses related to our bankruptcy case, double-digit reduction in revenue due to the continuing weak economy and constant competitive pressure, we still managed a USD10 million operating profit in August”.

He added, “this and our financial performance over the past ten months is validation of our laser focus on cost, our continuing revenue development efforts and our constant attention to providing the highest levels of service to our loyal customers.”

It must be noted however that Frontier’s return to profitability over the past ten months coincides with the big drop in fuel prices, which raises questions over the sustainability of its profitable streak if oil prices continue to rise, particularly as revenues and yields remain very weak. 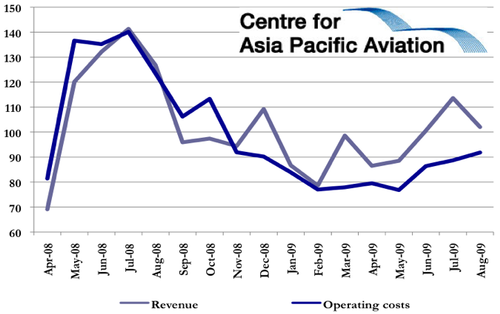 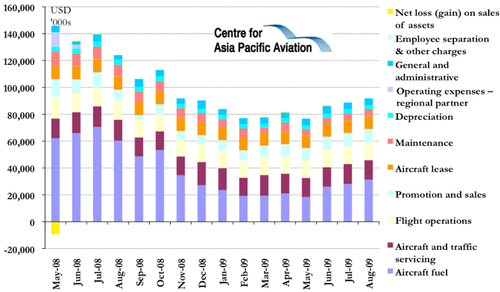 Separately, in its Aug-2009 preliminary traffic release, Frontier estimated that its mainline passenger unit revenue decreased by 11-13% year-on-year in the month. The carrier, which usually reports its exact revenue figures, in addition to its monthly yield levels, did not present this information for the month of Aug-2009. 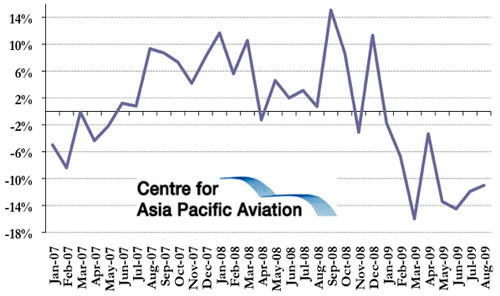 In an attempt to boost revenues, Frontier announced it would change its checked bag fee from USD15 to USD20 for the first checked bag and from USD25 to USD30 for the second checked bag for tickets book from 08-Sep-2009 and for travel from 01-Oct-2009.

Frontier is also losing market share faster than any other US carrier. During Aug-2009, Frontier continued its deep capacity (ASMs) cuts, of 13%, in Aug-2009. This resulted in a 9.5% reduction in passenger numbers, but a 2.7 ppt load factor improvement, to 88.7%.

The capacity reductions enacted by Frontier in Jul-2009 were the most significant among the major North American carriers. 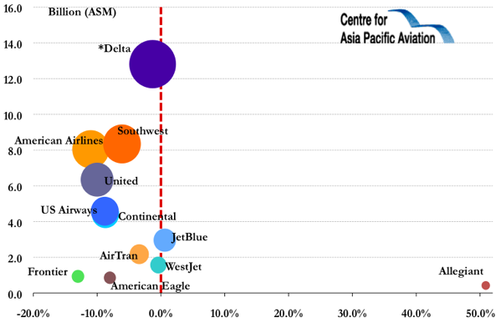 Frontier, which reduced capacity by 20.3% year-on-year in 2008, plans to continue cuts of this magnitude for the remainder of 2009, although some targeted route expansion is planned. 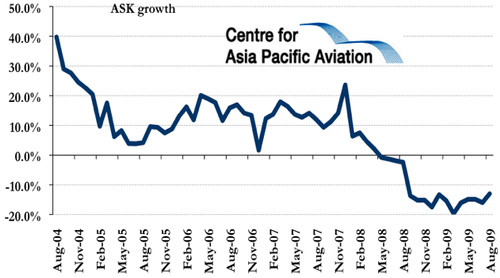 Meanwhile, the LCC’s cash and cash equivalents increased slightly from Jul-2009 levels to USD70 million in Aug-2009, although the balance decreased 5.7% year-on-year. 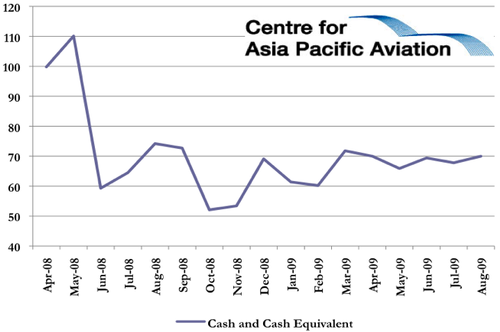 Source: Centre for Asia Pacific Aviation & Frontier Airlines
^ For the period between 10-Apr-08 and 30-Apr-08

Lynx recently took delivery of its 11th Bombardier Q400 aircraft, allowing Lynx to expand its service and continue with its growth strategy.

Frontier may have a new owner, but its outlook remains fragile, with a toxic combination of weak yields and falling market share. Frontier is also subject to forces beyond its control, namely higher fuel prices, and a probable harsh competitive response from failed bidder, Southwest Airlines.

The best way Frontier (and its new owners) can respond is via further cost cutting. This should involve a comprehensive integration process with partner airlines. More details on this should hopefully be imminent.