flydubai: ‘Our niche is Dubai.’ But could Emirates have incorporated the short-haul strategy?

Low-cost carriers were once cast off in the Middle East, said to never work. But now turning five years old is Dubai government-owned flydubai, which has become the largest LCC in the Middle East. Explaining the business model that has sustained 40 737s with more on order, CEO Ghaith Al Ghaith says: “Our niche is Dubai.”

It may be surprising to carve out a niche in the city home to the world’s largest international airline based on ASKs. But flydubai has done so by focusing on regional links and using its 737s to serve markets too thin for Emirates’ all-widebody fleet.

flydubai is increasingly hybridising, to the point the differences between it and the short-haul aircraft of Etihad and Qatar Airways are not vastly different. Could Emirates have done the same? In this first instalment in a series of reports analysing flydubai, CAPA examines the history and strategy behind the Dubai airline industry's second, albeit quieter, brand.

Dubai wanted a second airline to diversify its hub

The question of whether Emirates could have incorporated flydubai is perhaps beside the point: Dubai wanted a second airline. With Dubai one of the world’s largest hubs, the view was taken that hubs need more than one local carrier.

Emirates and flydubai do not have to be equal or close to being equal in size, but there does need to be diversity, the logic goes. This is not universal but typically the case. London has British Airways and Virgin Atlantic; Tokyo has All Nippon Airways and Japan Airlines; Sao Paulo has Gol and TAM; Johannesburg Comair and South African Airways; while at New York JFK and Los Angeles many carriers call both cities a hub.

A second carrier allows Dubai to regain some marketing edge. When Emirates was established in 1985, it was expected the airline would serve the UAE and larger region. Not foreseen was that Abu Dhabi would establish its own airline, and one designated as the national carrier of the UAE. Thus an airline from the UAE was no longer immediately connoted as being from Dubai. But the ‘flydubai’ brand has an indisputable home.

The vast majority of Emirates’ traffic is connecting, but there is still local demand as Dubai serves as a hub – financial, trading, tourism etc. – for the region. This bolsters the prospects of a second brand, and is the niche Mr Al Ghaith speaks of. Also, in the classic LCC sense, it allows flydubai to simulate new traffic flows. A second carrier elsewhere in the smaller Gulf states would be challenging, as seen with the collapse of Bahrain Air, and Oman Air recently deciding not to pursue a LCC project.

By the time it became apparent late last decade that the Dubai hub wanted a narrowbody operation, Emirates’ scale and reputation afforded it a degree of confidence to limit its involvement.

flydubai has helped sustain the Dubai hub, giving it links to destinations Emirates does not serve but other Gulf carriers, or other global airlines, do. The alternative scenario would have been Dubai missing commercial opportunities, or giving business to competitors.

Kathmandu for example is served with narrowbodies from Etihad and Qatar, but Emirates does not serve it. flydubai serves Alexandria, which Emirates could not make work some years ago. Other flydubai destinations like Krasnodar are only served from the Gulf by Air Arabia.

But flydubai was not just a defensive, market share preservation exercise. flydubai, with a lower cost base and agile management, has been able to open destinations unserved by others.

Most of flydubai’s destinations are served less than daily

Emirates has a different network strategy from flydubai, and there could be an argument that such different strategies are best achieved by separate management teams. 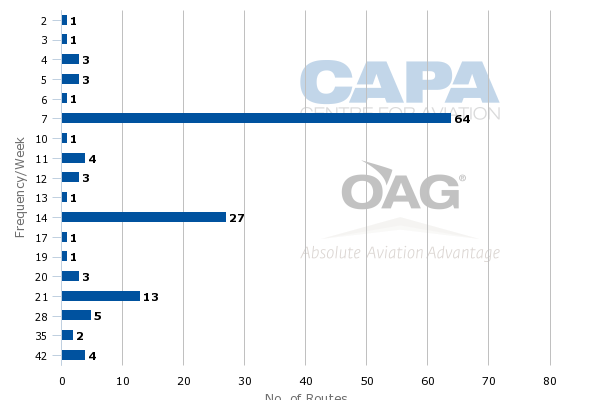 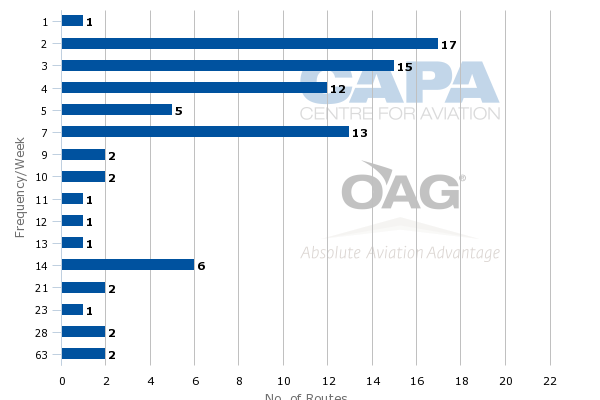 flydubai’s frequency advantage is important for business travellers, and also to claw back against the frequency some other carriers operating to Dubai. Some frequencies offered by Emirates are during hours that work for its hub structure but are not ideal for local travel. For example, Emirates' last Beirut flight leaves Dubai at only 15:00 while flydubai has an 18:45 departure.

With regional focus, flydubai flies throughout the day and not just at scheduling banks

Emirates’ network is focused around its hub that offers two main scheduling banks and a third smaller one.

Emirates does have a peak 07:00-11:00 departure period, and this is its largest. flydubai is busy during this period, but its departures are concentrated in a narrower window from 07:00-09:00, in line with typical regional travel patterns.

flydubai has another smaller departure spike from 18:00-19:00. This allows visitors to return at the end of the work day, or for Dubai-based passengers to depart so they can arrive in the evening at their destination and have a full day the day after. 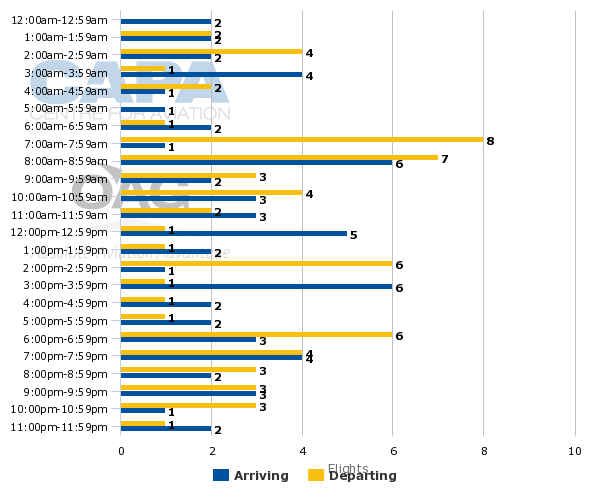 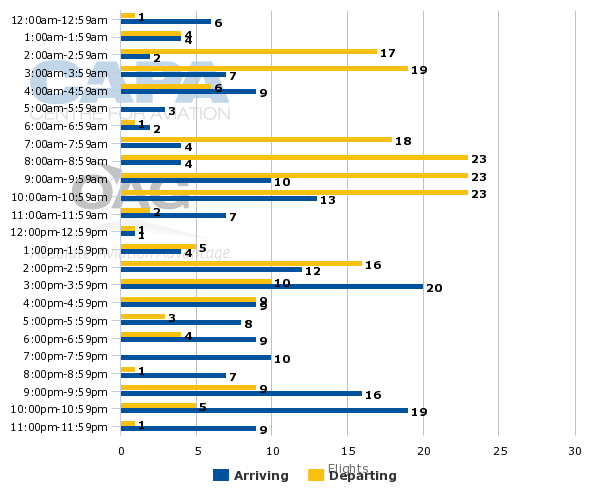 Incorporating a LCC strategy could have diluted Emirates’ brand

Dubai was always going to bring class to its short-haul project, and there was never a question that a carrier like Ryanair would be created. As flydubai says in a brochure: “We recognise the expectation that has been set for us by carrying Dubai’s name”.

If a passenger pays for meals, IFE and luggage on flydubai, the gap with Emirates is narrowed. flydubai may have the most comfortable product of any LCC. Indeed, it could be better than many slimmed down full service airlines.

What has also changed since 2009 are integration and hybridity strategies. LCCs are finding ways of accommodating full service passengers, such as providing them with meals, luggage and comfort items that would otherwise be available on an a la carte basis.

A separate brand can work but should not exist in isolation

flydubai is young but has reported two years of profits, albeit with limited financial information. Cost information is undisclosed, but we can assume flydubai is lower cost than Emirates, but probably higher cost than other LCCs.

The question is if revenue – bolstered by business class, interlines and the attractiveness of Dubai versus Sharjah, to name a few factors – surpasses the extra cost involved.

Almost no airline releases financial information on a route-by-route basis, so it is unclear how Emirates has fared on routes where flydubai has entered. But Dubai has surely benefitted from additional passengers.

Dubai’s second airline has demonstrated an ability to enhance the Dubai hub, offering higher frequency and opening new destinations. These characteristics should not benefit flydubai exclusively.

flydubai already has some partnerships, but these are relatively limited. For flydubai to continue to meet its original benefit of enhancing the Dubai hub, it should be brought out of isolation and work closer with its bigger sister Emirates.

At present there is not even a loose dual-brand strategy. The two offer connections but are separate. Indeed, plans are underway for a more expansive scope at flydubai which could see accelerated growth.

In the second instalment in this series of analysis reports on flydubai, we will look at the prospect of flydubai increasing its fleet beyond what it has ordered, and how aeropolitical matters, connecting traffic and partnerships will shape its growth.