Ferrovial announced it has agreed to sell cargo and ground handling company Swissport International to a private equity fund for EUR654 million. The sale, to PAI Partners, represents a 95% gain on the EUR336 million that Swissport paid for the company in 2005.

The deal is still subject to regulatory approval from competition authorities. PAI Partners also needs to finalise its funding structure for the acquisition. The sale is expected to be completed in early 2011.

The deal, and Ferrovial’s announcement last week that it plans to sell 10% of British airports operator BAA, are part of a debt reduction strategy. The company has cut almost EUR2 billion from the EUR22.3 billion in debt it had built up by Dec-2009, including EUR16 billion it paid for BAA. Ferrovial aims to cut its debt by half. 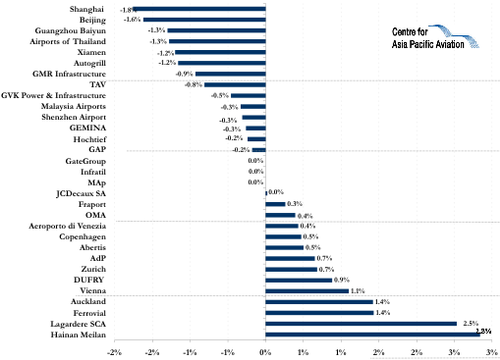