In what is expected to be a prelude for similar approval in the US, the European Union approved the anti-trust immunity (ATI) between American Airlines, British Airways and Iberia for trans-Atlantic cooperation – with concessions. In addition, the European Commission approved the merger between the two European carriers that would create the third largest European carrier by revenue. Iberia has until September to decide on the merger.

The legally binding concessions on the oneworld ATI, expected to be launched this Autumn, include making landing and takeoff slots available at Heathrow as part of an EU effort to expand competitors in the market to New York, Boston, Dallas and Miami. The three carriers made a 10-year commitment to sell available landing and take-off slots at London Heathrow or London Gatwick airports on routes to Boston, New York, Dallas and Miami, affording an additional 49 return flights a week between London and the four US points. They could be fined can be fined up to 10% of annual revenue if they violate their pledges.

In addition to providing slots, competitors' passengers will also gain access to the legacy carriers' frequent flyer programmes. Competitors can also combine flights in a oneworld-proposed fare combinability measure which not only gives competitors access to connecting passengers, but offers special prorate agreements on the routes. Finally, the airlines will submit alliance data to the Commission at regular intervals, allowing it to re-assess the markets over time.

"Today's decision will enable the airlines to put in place the transatlantic alliance they have long aspired to, while ensuring that the around 2.5 million passengers that use the London-New-York and other affected routes each year continue to benefit from a choice of frequencies and competitive prices,” said Commission Vice-President in charge of competition policy Joaquín Almunia. He pointed out that the competitive picture across the Atlantic has significantly changed with the advent of open skies.

In Sep-2009, the Commission objected to the alliance, saying it breached competition rules. It also voiced concern over London-Chicago and Madrid-Miami. It noted the most notable barriers to new entrants were are the lack of peak-time slots at London Heathrow airport and the frequency and passenger connection advantages the oneworld team have.

The EU said that competitive issues in the BA-Iberia deal had been resolved because the two did not compete on many routes. It also expects them to face competition on those routes they do share.

The merger creates the third largest European airline and USD7.5 billion in market value. They expect to realise USD530 million annually in savings, although they plan to keep their existing brands. The expanded oneworld deal is expected to realise USD500 million in synergies, for American, according to Chair and CEO Gerard Arpey.

The ruling had been widely anticipated by the market, with shares of Europe’s oneworld members marginally higher yesterday. BA and Iberia advanced 0.4% and 0.6%, while Finnair was flat. 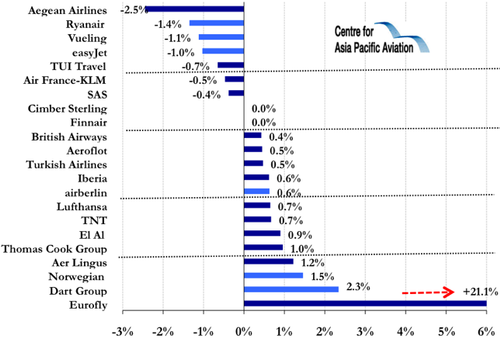 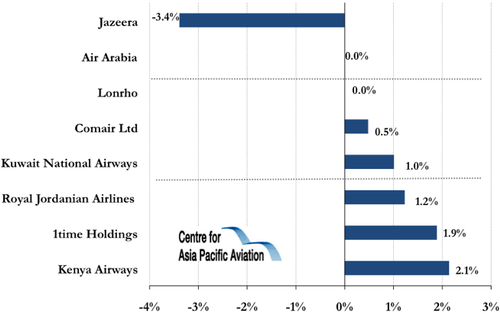 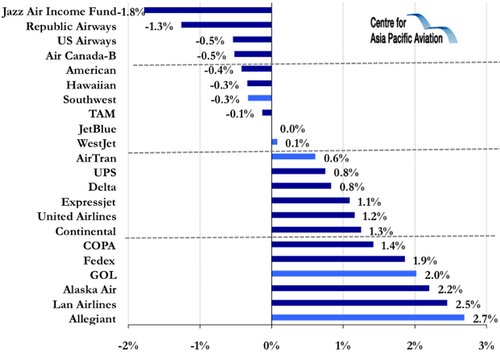