Ecuador considering PPPs for some more of its airports

Concessions, BOTs and PPP arrangements for the financing, management and development of airports have become the norm throughout Latin America.

Ecuador is not as well known for it as, say, Argentina, Brazil and Mexico, but several of its airports are already managed in this fashion, including the fairly new airport for the capital, Quito.

Now Ecuador wants to push on with similar arrangements for other airports. The trouble is that there are few airports there generally and fewer still that will excite investors. Having said that, Corporación América has an involvement at two airports, and Korea Airports Corporation is a consistent suitor.

The response the government gets to any further attempt to attract the private sector to these airports, domestically or abroad, will be an early indicator of the degree of interest that will be shown in the continent’s airports in the immediate future, together with the response to the next concession tranche in Brazil.

Several of Ecuador’s 21 airports are already under public-private partnership (PPP) concessions, with others in process.

Now the country’s undersecretary for air transport has announced that it is considering similar concessions for at least some of the others. 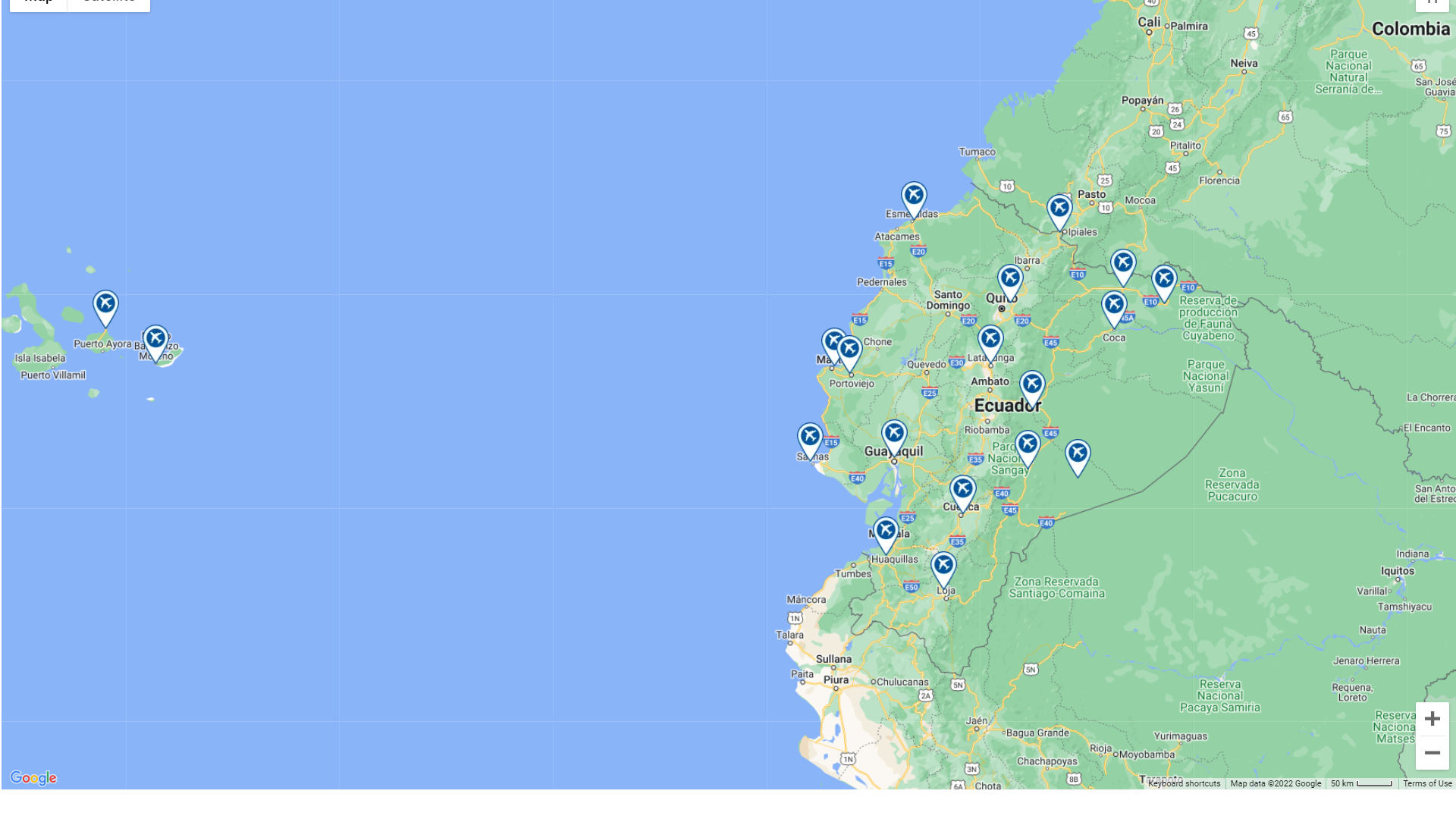 Most Ecuadorean PPPs are in ports and roads sectors; newish Quito airport is main airport one

Thirty-four PPP projects have reached financial closure since 1990, with a value of USD5.5 billion, while active transactions number 26, with a value of USD4.4 billion. As is often the case, the majority of them are not in the airport sector but rather, in the ports and roads sectors.

The most notable airport PPP is that for the new Quito Mariscal Sucre International Airport, which opened in Feb-2013, having replaced the former airport with the same name.

The airport is located 18km east of the city of Quito, where its lower elevation and longer runway allow for a greater range of international and intercontinental services than did the previous facility. The airport is well served by a number of Latin American airlines.

Quiport signed a 35-year concession for the construction and operation of the airport in 2006. (There have been some changes since.)

Guayaquil and Baltra (Galapagos) are the other airport PPPs

There is one PPP project that has been pending for some time, namely that of the Manta Eloy Alfaro International Airport.

In Nov-2021 Korea Airports Corporation (KAC) said it was in talks with Ecuador's Government to operate the Manta airport. The contract is estimated to be worth USD456.8 million and would run until 2051.

This project has a history.

KAC had previously intended to sign a contract to manage the airport in Jun-2021, before the project was declared void by Ecuador’s DGAC (regulator) after a report found it did not meet the required technical specifications. The process to draw up a new concession contract began immediately, until KAC reappeared on the scene, demonstrating its intent in this matter.

Indeed, KAC’s interest in Ecuador dates back to 2017, when it set out its stall to obtain operating management rights for not only the Manta airport but also Santa Rosa Regional Airport and Latacunga Cotopaxi International Airport.

It was selected at that time as the priority negotiation rights holder.

In the same year KAC said it would establish a KRW35.5 trillion (USD33.2 billion) infrastructure fund for airport development projects in Central and South America generally, indicating that it would participate in a tender to construct the New Bogotá Airport in Colombia and would bid on a tender to operate Guayaquil José Joaquín de Olmedo Airport (which went to TAGSA, as above).

KAC’s interest in this part of the world is one that bemuses some observers, but there are historic links between Korea and several parts of South America.

A more significant fact, though, is that KAC often fails to make any money out of most of its 14 Korean airports; the only four to show a profit being Seoul Gimpo, Daegu, Busan Gimhae and Jeju, which serves the main vacation area.

In 2019 KAC recorded KRW22 billion (USD18.5 million) operating profit in 2019, but in 2018 the 10 other airports recorded a combined KRW79.7 billion (USD71.2 million) in losses, prompting KAC to set up a new regional airports revitalisation strategy, aimed at increasing traffic.

KAC also has to figure out how to finance the development of the New Jeju Airport, also Ulleungdo Island Airport and Heuksan Airport and the expansion of Busan Gimhae Airport. It issued construction bonds valued at approximately KRW350 billion (USD291.7 million) in 2020 to raise funds for these developments.

So it is understandable why KAC might wish to spread risk and seize opportunities outside Korea where it sees them.

The pandemic is appearing to recede; time to seek out what private capital there is to be invested in the sector

Conversely the Ecuadorean government could benefit from the attention lavished on some of its airports during the past 10 years by operators from Latin America, North America and Asia, making further privatisations now that the coronavirus pandemic is, in most regions, beginning to wane.

The problem is that there is no great ‘scope’ of airports in Ecuador, and the remaining ones are quite small by international standards.

That is an issue that has arisen in other Latin American countries, Brazil in particular, but domestic operators and investors rose to the challenge there and there is no obvious reason why that should not be the case in Ecuador.

Of the 12 busiest airports, the top three already have concession/PPP agreements – Quito, Guayaquil and the Seymour airport in the Galapagos Islands. The Manta and Santa Rosa airports also feature in the top 12 and may eventually be accounted for by KAC, along with the Cotopaxi International Airport, which serves the city of Latacunga, 90 minutes south of Quito.

That airport is equipped with the second longest runway in the country at 3693m and is primarily a cargo facility, though efforts were launched in 2013 to promote Latacunga as an alternative to Quito’s Mariscal Sucre International Airport for both passenger and cargo services on the basis of cost, proximity to exporters, and expediency.

The largest remaining airport operated publicly has only c. 400,000 ppa...

That leaves precious few alternatives for the government to market to the private sector.

Of those remainders, the fourth busiest is the Mariscal Lamar Airport, which serves the central Ecuadorean and third largest city of Cuenca, approximately 200km east of the commercial centre of Guayaquil.

The small facility, which typically hosts 400,000 passengers annually and was the fastest growing up to 2019, is served by all Ecuador's main airlines, who link the airport with Guayaquil and Quito. The airport is operated by Corporación Aeroportuaria de Cuenca, a corporatised state entity. 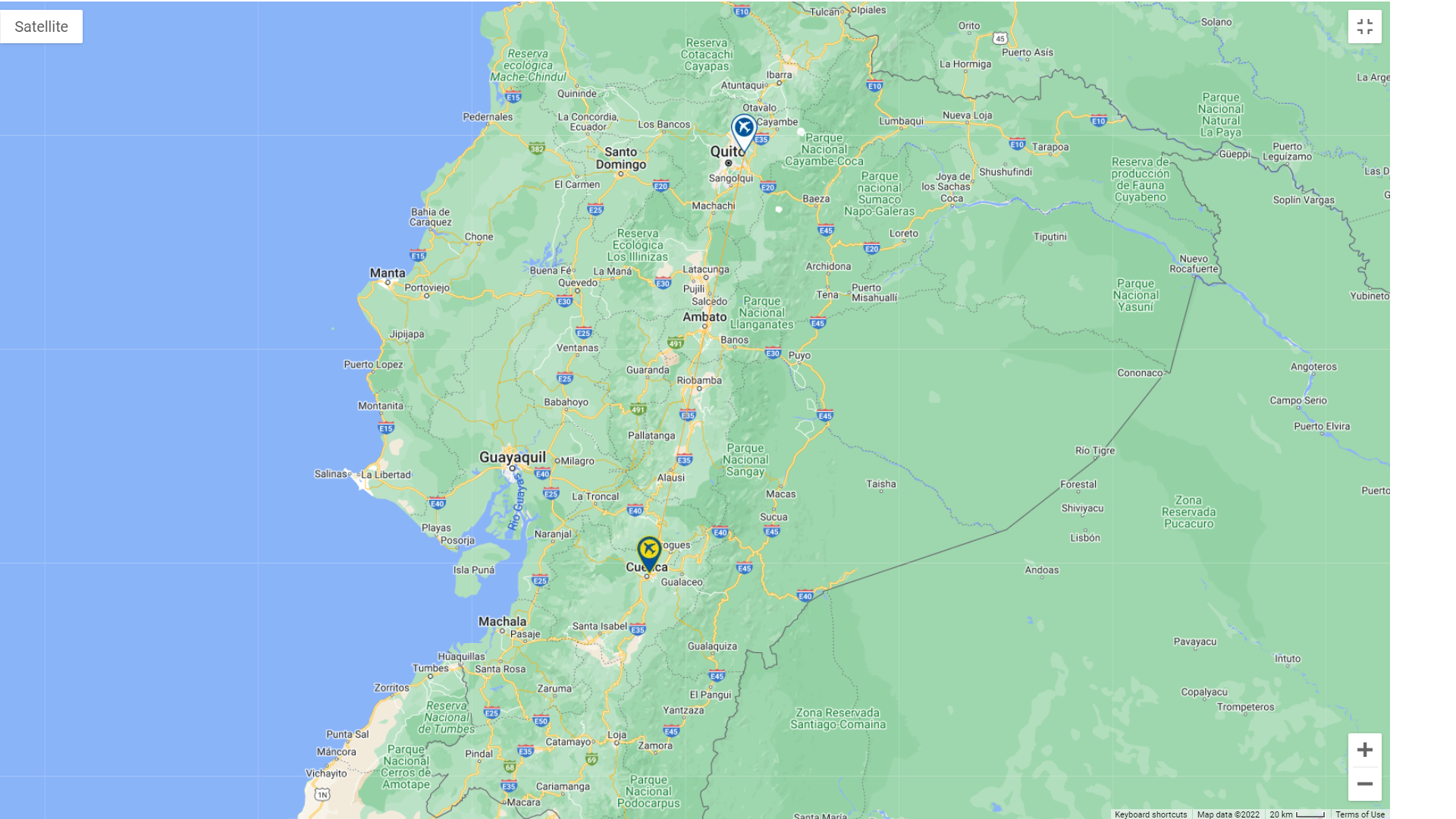 ...and it is right in the middle of the city

Any firm taking on a PPP commitment at Mariscal Lamar Airport would need to be aware that despite improvements having been made, the location of the airport in the middle of the city is a major handicap, as the runway is barely long enough for large aircraft landing at its high altitude. This has resulted in accidents involving planes running off the end of the runway, and a restriction on flights in wet weather. The airport has completed runway resurfacing to improve traction in wet weather.

Throughput of 400,000 ppa is at the lower end of the scale, even for the fifth and sixth packages of concessions in Brazil, which is a much bigger country.

Others in Ecuador are smaller still. The San Cristóbal Island airport, situated on the easternmost island in the Galápagos archipelago (also known as Chatham Island), is the next busiest after Cuenca, with approximately 200,000 ppa before the COVID-19 pandemic.

The government could, and should, offer a package deal, but that package has to be comprehensive

The government may thus offer a package of airports, as has been done in Brazil, Chile, Peru, and Uruguay.

One possible model would be group packages of, say, four airports: two with strong air traffic and the others needing development. Except that hardly any Ecuadorean airport other than Quito and Guayaquil’s has what would be considered “strong” air traffic internationally. It may have to lump them all together.

Even so, the government has referred to interest in PPPs from companies in Colombia, Mexico, South Korea (presumably KAC if for airports), and the United States.

That does not necessarily mean the airports alone, or even at all, but while there is public-private cooperation in several sectors, which is the case in Ecuador, there must be hope that these airports will receive appropriate scrutiny at least.