Shares in UK listed easyJet and British Airways were weak yesterday (-0.3% and -1.0%, respectively), despite broader improvement in the market, with the London FTSE 100 closing 0.66% higher.

easyJet founder, Sir Stelios Haji-Ioannou, announced he is calling an emergency meeting of shareholders in an attempt to challenge the pace of the carrier’s expansion plans. Sir Stelios has been pushing for the company to slow its growth, limit its fleet to current levels for the next four years and to begin paying dividends.

easyJet CEO, Carolyn McCall, has meanwhile announced a comprehensive review of the carrier’s business model. The review is due to be completed and presented to investors by Nov-2010.

Union calls on British Airways’ shareholders and joins with Iberia

Unite, the union representing 11,000 British Airways’ cabin crew, called for support from the airline’s shareholders to help end the long-running dispute between the workforce and airline management. The cabin crew are voting on an offer from the company. Acceptance could end the dispute, but Unite stated important issues will remain unresolved, including the withdrawal of staff travel arrangements from thousands of crew who took strike action earlier this year.

In its effort, senior representatives of the CC.OO, the Spanish union that represents Iberia cabin crew, will join Unite. BA and Iberia are set to merge in Nov-2010. According to Unite, the CC.OO is concerned that the hard line stance adopted by BA is at odds with the industrial relations style practiced within Iberia and could put the merger at risk.

Meanwhile, British Airways took delivery of the first of six 297-seat B777-300s this week, with the aircraft to be used on long-haul routes to destinations including Dubai, Mumbai and Chicago. The carrier is the first UK-based airline to take delivery of the aircraft and will receive a further two B7773-00s by the end of 2010 and three in early 2012. The carrier confirmed its order for 24 B787s, with options for a further 18. 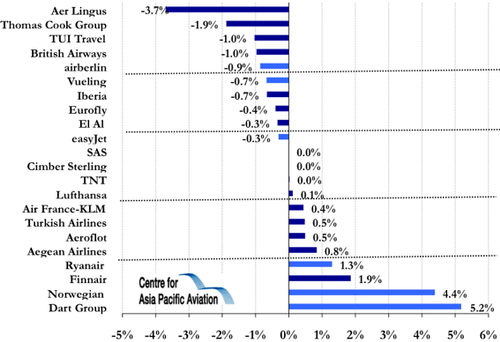